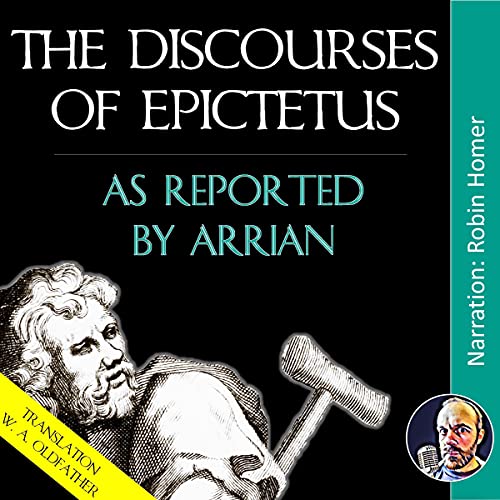 The Discourses of Epictetus

By: Epictetus
Narrated by: Robin Homer
Try for £0.00

Epictetus was born a slave, but at an early age developed a passion for philosophy, and with the permission of his master, he studied under Musonius Rufus. He obtained his freedom sometime after the death of Nero in AD 68 and later began teaching in Rome, until his banishment from the city around AD 93, after which he travelled to Nicopolis in Greece and carried on teaching there for the remainder of his days. His teachings were written down and published by his pupil Arrian in The Discourses and later summarised in The Enchiridion. They have been influential since they were written and are referenced frequently by Marcus Aurelius in his Meditations.

Epictetus puts a strong focus on philosophy being practiced as a way of life, and not just a theoretical consideration. He also emphasises that many events are largely beyond our control and so, we should learn to accept events calmly and dispassionately and instead, put our focus on our own actions.

This recording includes the Discourses and accompanying fragments.

What listeners say about The Discourses of Epictetus