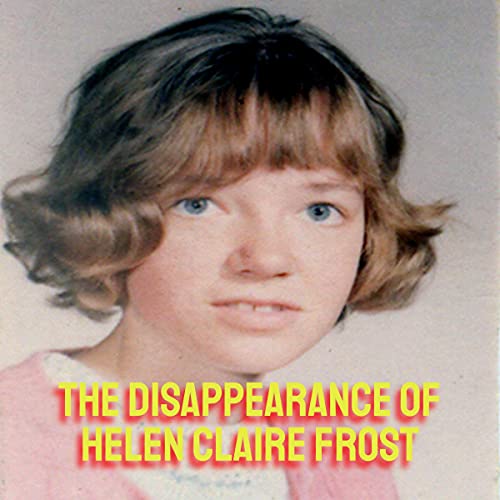 The Disappearance of Helen Claire Frost

Helen was just 17 - she would be 67 at the time of writing - when she was last seen. The teenager was not having a good time. Her open face, late-'60s blond bob, and slightly prominent front teeth made her look younger than her youth. She had a slightly drooping eye which made her face particularly notable.

At around five feet five inches tall and weighing in close to 125 pounds, in other respects, she was a typical teen. But, like so many girls back in those permissive days, at 17, she was already a mother. She had, though, been forced to give up her baby for adoption.

Infants, however, continued to feature strongly in her life. Her roommate in the run-down Prince George apartment in which she lived had a new baby of her own. Who can imagine what the effect of the presence of such a child had on the mental well-being of the teenager?

And who or what was responsible for her disappearance?

Then, there are the suspects in the Highway of Tears cases. Three serial killers have been charged and convicted of some of the crimes. Cody Legebokoff, Peter Arp, and Edward Dennis Isaac. Another, Bobby Jack Fowler, was implicated, but died before charges could be brought. Fowler is perhaps a likely consideration. He was a construction worker who travelled across the whole of the Americas and is known to have spent time in British Colombia. His DNA was found on one of the Highway of Tears victims, Colleen Macmillen.

He was strongly suspected of the killings of Gale Weys and Pamila Darlington in the early '70s. The authorities in Canada believe he is connected to at least 10 other deaths. His first suspected killing dates back to 1969. He was known for picking up hitchhikers. To his twisted thinking, women who asked for a ride where also asking to be raped or assaulted.

Yet, on the other hand, it is easier to attach unsolved deaths and disappearances to already known killers than to seek out more hidden suspects. Certainly, there are dissenting voices on the Canadian police force regarding the involvement of Fowler in any of the Highway of Tears murders. The sad fact remains that almost nothing more is known about what happened to an unhappy and troubled 17-year-old today than when she first went missing in October of 1970.

What listeners say about The Disappearance of Helen Claire Frost