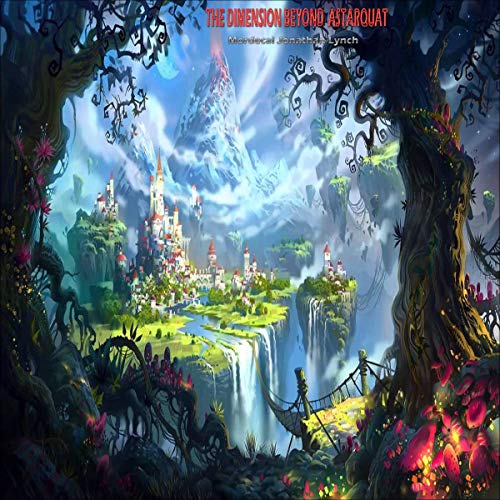 The Dimension Beyond Astraquat is a novel of fiction, fantasy, and adventure that will take you to a new world which is strange but also very interesting. People from this dimension are not over-friendly or welcoming. Following his heart leads our hero Bronx Stone into a world that is both ancient and new. There is beauty in this place but it's also a very sinister world, a world where no earth man has ever visited before.

Bronx suddenly felt desperate and afraid he would have to stay in that well forever; what a slow and miserable way to die. He began to panic and in doing so felt his body slowly floating further down the well. "Please", Bronx called out to the cat lady as she turned to leave, "don't leave me in here, I beg you." Bronx never felt so desperate. "I have travelled to the wrong dimension by mistake, so sorry. I will not stay in the dimension beyond Astraquat. I will be leaving very soon", pleaded Bronx. "Do not speak, humanoid", said the Centaur, "You will be lost sinking further down the well. Have pity on this humanoid", said the Centaur to the cat lady. "I too make promises to you. He will soon have the code to his dimension. He will be gone from here in three circles of the sun. Help this traveller from another world as a favour to me", said the Centaur.

What listeners say about The Dimension Beyond Astraquat

Takes you on a pleasant journey into this unknown dimension full of mystery and wonder..A very gripping storyline that encapsulates your mind, full of Mystique, pleasant and entertaining. Well recommended!

This is a great narrative to listen to and to read, full of drama and imaginatively told. A must for sci-fi fans everywhere and for all who enjoy a delightful story.

Very nicely written, and performed with passion. Look forward to the next one, Mr Lynch.

I really like the concept of this story it brings new light into the unknown and opens your mind in to what’s ifs and maybes maybe there is other life/dimensions. My first read on audible and I’m very much eager to see what this new author comes up with next