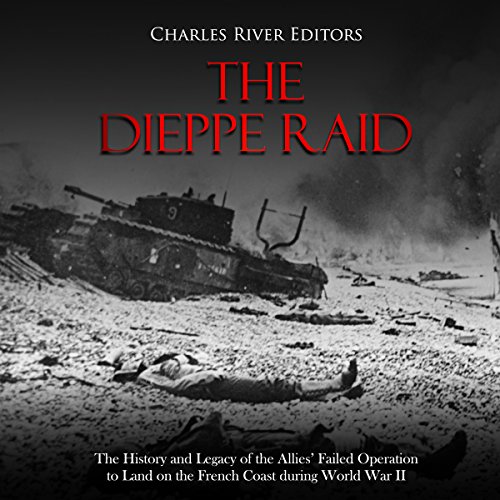 The Dieppe Raid: The History and Legacy of the Allies’ Failed Operation to Land on the French Coast during World War II

“I thought it most important that a large-scale operation should take place this summer, and military opinion seemed unanimous that until an operation on that scale was undertaken, no responsible general would take the responsibility of planning the main invasion.” - Prime Minister Winston Churchill

The invasion across the Channel came in the early morning hours of June 6, 1944. That day, forever known as D-Day, the Allies commenced Operation Overlord by staging the largest and most complex amphibious invasion in human history. The complex operation would require tightly coordinated naval and air bombardment, paratroopers, and even inflatable tanks that would be able to fire on fortifications from the coastline, all while landing over 150,000 men across nearly 70 miles of French beaches. Given the incredibly complex plan, it’s no surprise that General Eisenhower had already written a letter apologizing for the failure of the invasion, which he carried in his coat pocket throughout the day.

D-Day would turn out to be a remarkable success, but it wasn’t the first time the Allies tried to land in France after the Nazi conquest of Western Europe. On the 19th of August in 1942, Allied troops launched a raid on the port of Dieppe in German-occupied France, but this attack, code-named Operation Jubilee, was a disaster. Of the 6,000 ground troops deployed, two-thirds were killed, captured, or wounded, and among the raid's objectives, only one could have been considered a success. Britain proved it was committed to a campaign to drive the Nazis out of Western Europe, but making that one point came at a huge cost in lives, most of them Canadian.

What listeners say about The Dieppe Raid: The History and Legacy of the Allies’ Failed Operation to Land on the French Coast during World War II