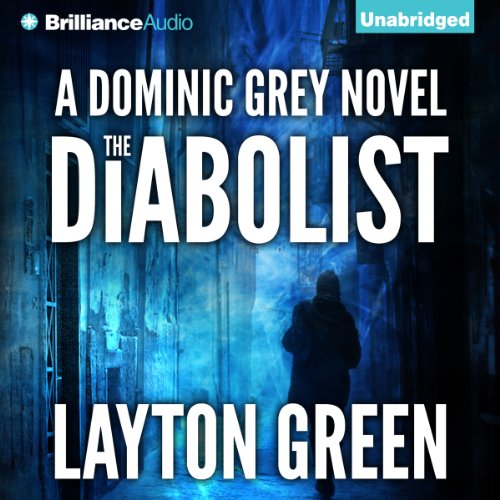 In this gripping thriller, the bizarre murder of a Satanic priest in San Francisco draws Dominic Grey and Viktor Radek, private investigators of cults, to the scene. Witnesses claim a robed figure, seemingly able to appear and disappear at will, set fire to the priest. When the leader of another Satanic cult in Paris dies under similar circumstances, the case only grows stranger...and more dangerous.

Convinced that a charismatic New Age prophet is behind the murders, the investigators undergo a perilous journey into the world of the occult as they try to penetrate the prophet’s inner circle. From the catacombs of Paris to London’s nefarious East End, from the haunted walls of York to a monastic fortress in the Sicilian wilderness, the case plunges Viktor and Grey into a vortex of black magic, ancient heresies, and the dark corners of their own pasts.

The Diabolist is a chilling novel that pulsates with suspense from its beginning to the astonishing conclusion. The latest installment in one of today’s most original new thriller series is not to be missed.

if you enjoy mystery and religious phenomena, this book is well worth the listen. I found it to be intelligently presented.

I can't even make it through the book; mostly because the reading of it is over acted, but the story is also lacking