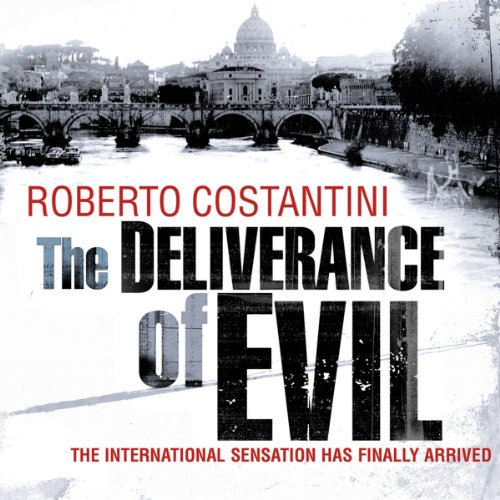 The Deliverance of Evil

On 11 July, 1982, Elisa Sordi was beautiful. Commissario Michele Balistreri was fearless. Italy was victorious. A killer was waiting....

On 9 July, 2006, with Sordi’s case 24 years cold, and Balistreri haunted by guilt and regret, Italian victory returned. And so did Sordi’s killer.... But this time Michele Balistreri would be ready. This time he would fear no evil.

"One of those rare novels that brings together the best elements of literature . . . and'a nonstop thriller that drives readers relentlessly from first page to last" (Jeffery Deaver)
"Utterly compelling" (Peter May)

What listeners say about The Deliverance of Evil

What made the experience of listening to The Deliverance of Evil the most enjoyable?

It could have been shortened to bring it together with more suspense...but I listened happily until the end when I thought there were so many better endings than the one it flitted into!

Confusingly a few sections seem to be repeated in the audio file, which makes for a disjointed listen.

So bad it annoyed me!

Anyone who enjoys long mind numbing discussions between the chief protagonist and other characters in the book or anyone with a heart condition and therefore under doctors orders not to get too excited.

Would you ever listen to anything by Roberto Costantini and N. S. Thompson again?

The performance wasn't bad and to be fair Saul Reichlin who is normally excellent was being asked to make a silk purse.

I actually got angry that the book was so bad, I wasted nearly six hours on this book hoping something of interest would happen but no, even the girls murder failed to raise interest and the whole mind numbing six hours are six hours of my life I won't get back. I read a review promising political intrigue, complexity and mystery, it had none of that. The chief protagonist was thoroughly boring, the plot was boring, and the prose was about as uninspiring as it gets, maybe something was lost in translation but I don't think even that could explain all the problems I had with this book. In the end and after six hours, it just became background noise that had to be turned off.

This book was highly recommended by a good friend but what a disappointment it turned out to be. It's not the story as such but more the tedious and very slow pace of it all.
I wasn't able to finish....and I only have to sit in my car and listen......maybe in an abridged version

Bill Bryson a Walk in the Woods, great book

Not to my knowledge