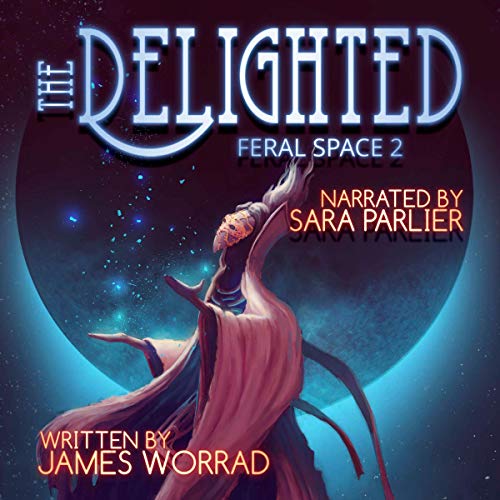 The galaxy sleepwalks toward war, blind to the hidden fleets between the stars. Only a handful of individuals have the remotest chance of saving a thousand worlds from the flames. Trouble is, they’ve their own damn problems.

Swirl and Sparkle are inconvenienced. Sharing the same body since birth, the sisters now find themselves confined to an asteroid full of mind-linked psychopaths. Swirl and Sparkle must escape, find their lost body-sibling, and seize an unimaginable destiny. Yet, that is a path that will only lead them to their greatest terror: Loneliness.

Hargie Stukes never asked for the mess he’s in. He’d been happy alone among the stars, but a strange woman he’d met complicated things, the kind of complicated Hargie can’t get enough of. The kind that kills. But sticking close to her will mean a trip right through the one place Hargie had hoped never to see again: Home.

Melid of Silvercloud has performed every duty required of her, no matter the ethics. Now, with her entire childhood shown to be a lie, Melid finds she must walk a line between the hive-mind that raised her and a new possibility both tantalizing and horrific: Individuality.

Four people, four fates, each inextricably bound to a mysterious destiny that awaits upon Zahrir, a planet half in our universe, half somewhere else entirely. Beyond reality’s threshold loom alien gods of unimaginable power and nameless intention. Masters of dream, keepers of the galaxy’s subconscious, you can be sure we are all playthings of the delighted.

What listeners say about The Delighted