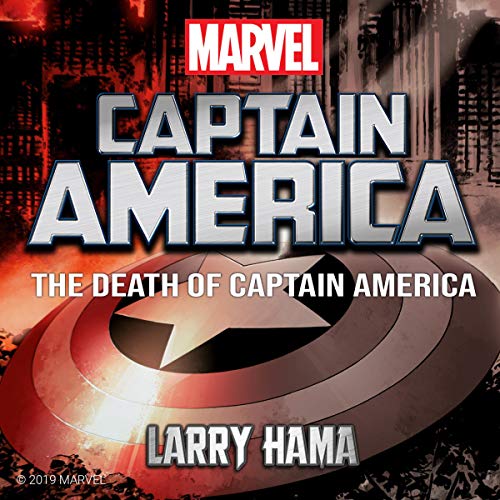 The Death of Captain America

By: Larry Hama,Marvel
Narrated by: Richard Rohan,Tara Giordano
Try for £0.00

He was a hero to millions, an inspiration to America's armed services, and the representative of his nation's greatest ideals. He lived for his country - and now, he has given his last final measure for the nation he loved.

In the aftermath of the superhuman Civil War, Captain America was shot down in cold blood. In the aftermath of his death, Cap's longtime partner the Falcon makes revenge his first order of business. Sharon Carter finds herself spiraling out of control, a captive of the Red Skull's minions. And Bucky Barnes, a.k.a. the Winter Soldier, must reconcile his own sordid past with the calling to become...the new Captain America!

This GraphicAudio® Production is adapted from the graphic novel by Ed Brubake and Steve Epting.

What listeners say about The Death of Captain America

This was a pure delight to listen too. All the voice actors were spot on. if you enjoyed the comics which, are among my favourites, then you will love this. I can’t recommend highly enough.

I love the original storyline and this is a brilliant adaptation. The characters have heart and the story builds. It helps if you know the lead up so listening to Civil War (also available to listen on Audible) would be a benefit but isn’t essential. Not for everyone, but comic lovers / marvel fans will thoroughly enjoy!

I thought it was really well written and read. Will definitely be looking for more by the same people.