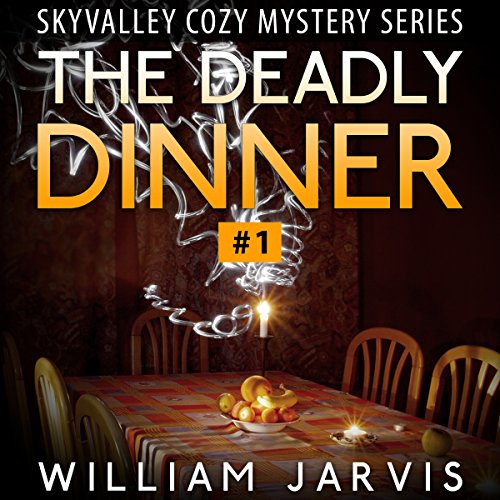 It's Emmy and Daniel's first wedding anniversary, and they're having dinner at Sky Cornerstone, one of the best restaurants in town. Some people recognize Emmy for being the one in charge of the biggest change in Sky Valley's police department, courtesy of the sacking of Lena McMahon, the woman who almost destroyed Emmy's life in the past year. In the middle of dinner, everyone in the restaurant is shocked by a scream coming from the powder room. A woman has died, and people are left in shock because no one has any idea how it happened.

Questions arise, but there are no definite answers, and everyone is prompted to go home even though they are all confused. What just happened? And furthermore, why did it happen? Are troubles going to start in Sky Valley again? Emmy is even more surprised when she's haunted by a ghost named Lucy, who asks her to figure out what happened at the restaurant. Who is Lucy, and what has she got to do with Emmy? And how will Emmy be able to deal with this new turn in her life? Find out in the The Deadly Dinner #1: Sky Valley Cozy Mystery Ghost Trilogy Series!

I found the story poorly written, difficult follow and the narration was like fingernails on a chalkboard. In addition the editor should be ashamed. There was a chapter from a completely different book with a different narrator stuck in about chapter 5.