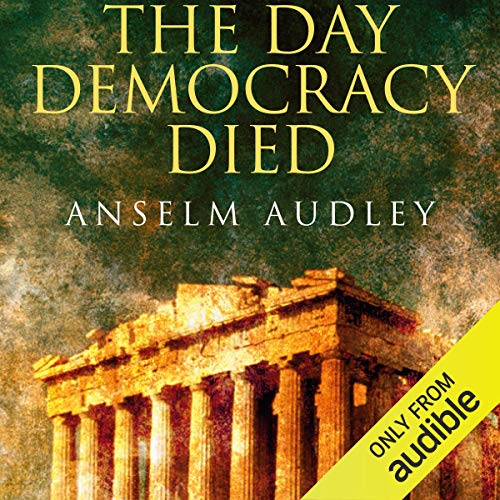 How scapegoating and hysteria doomed the world's first democracy. From the chaos of a sea-battle to the fury of a lynch mob, from personal bravery to political machinations, The Day Democracy Died tells in vivid detail the tragic story of the Arginusae trials and the fall of Athens: a cautionary tale of democracy's demons which is as relevant in the age of instant news and mass media as in the volatile city-states of ancient Greece. October, 406 BC: on the darkening waters of the eastern Aegean, an inexperienced Athenian fleet prepared to face the might of Sparta. With the fortunes of the Peloponnesian War turning inexorably against it, a beleaguered Athens badly needed a victory - and it got one.

The Battle of Arginusae, won by raw recruits against a battle-hardened Spartan armada, saved Athens from disaster at a heavy cost in sunken ships. Yet in the confusion following the battle, neither the survivors nor the bodies of the dead were ever recovered. When the fleet returned to an apprehensive, overcrowded Athens, recriminations between its leaders escalated into a vicious, hysterical witch-hunt which convulsed the democracy and swept aside custom, sense, and law. In an extraordinary and chilling sequence of events, six victorious generals were arrested and put on trial for their lives before the Athenian people. On a day of violent passions, before a crowd of thousands, a handful of brave men including the philosopher Socrates struggled to save Athens from itself.

Almost a Legal drama of Socrates as the judge

excellent. bulk of this book is about the last year of the Peloponnesian War, and emphasis on a court-martual of two Athenian generals presided by Socrates as the judge (epistatus) . The Athenian courtroom drama illustrates the degradation of Athenian democracy over the course of the Peloponnesian War and this sham car against the two victorious generals and subsequent execution led directly to the Conquest and Siege of Athens by the Spartans.

Dramatized reconstruction of the final tragedy of the Peloponnesian War: At the very end, after surviving disaster upon disaster, the people of Athens were so intent on assigning blame and seeking immediate advantage against political opponents that they threw away their last real chance. The author does a great job of filling in the background and navigating the twists, as everything inexorably goes to hell in a handbasket.