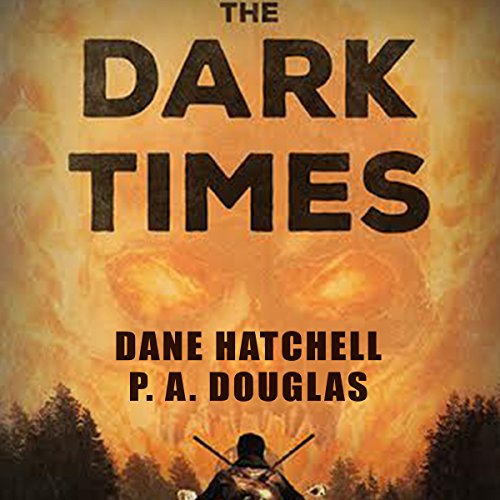 The Dark Times: A Zombie Novel

Rico Cruz is an overweight cop drowning his sorrows in whisky at a local pub when the first zombie guts hit the fan. The war with the undead is short-lived in a decisive victory by the living. The world is forever changed, though, and a third of the population is stricken by a mysterious illness.

Rico is inspired to change his life for the better, and after dropping a few pounds, heads off on his Harley for an adventure to anywhere. Before Rico gets very far, the seeds from the previous war bear ghastly fruit, turning millions into flesh eating zombies.

The Dark Times is gritty, edgy, everything you expect the zombie apocalypse to be. The events move quickly, tossing you head first into gut-wrenching, dilemma-decision action. In all, The Dark Times is a harrowing audiobook guaranteed to satisfy your hunger for the zompocalypse.

What listeners say about The Dark Times: A Zombie Novel

Not bad but read better

As far as the story goes it was ok. Read better but also slot worse. The narration however was terrible. Very little emotion put into it and at times I found it hard to distinguish between the characters voices. Not the greatest book but ok.

The story line was really great. All characters stayed in true form and didn't stray or become confusing like other books. The story didn't jump around either. I will say the narrator did a decent job but I would have spent a little more money and had someone else read the book. I like that this is apocalyptic and not another POST-ap book!