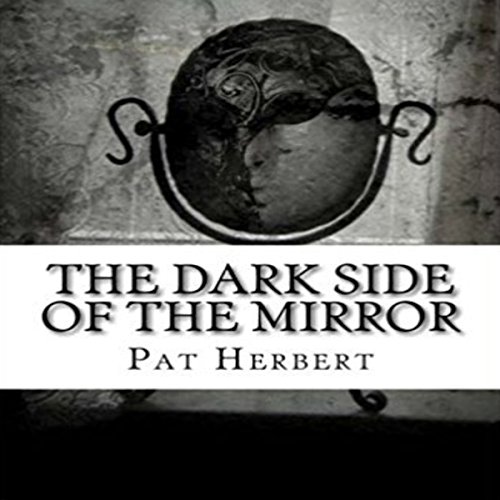 The Dark Side of the Mirror

Twins run in families, or so it has been known. The Fentiman family have their fair share of twins, past and present.

Robespierre and Danton Fentiman, identical in appearance, but not in personality, were hanged for two different murders back in 1937. Their ghosts appear to Robespierre's twin sons, Carl and Basil, nearly 20 years later, asserting that their convictions were wrong and asking them to rectify two miscarriages of justice.

Carl asks his local vicar, Bernard Paltoquet of St Stephen's Church, Wandsworth, for help and he in turn seeks the help of an experienced clairvoyant. His close friend, Dorothy Plunkett, is still away in Exeter looking after her ailing father, so she sends him Anbolin Amery-Judge in her stead.

What follows is the unravelling of two 20-year-old mysteries, culminating in wrongs being righted, with many a misunderstanding along the way.

Bernard's friend, Dr Robbie MacTavish, is along for the ride, although he is distracted by a romantic entanglement with a much younger woman, much to the disapproval of the Reverend Paltoquet.

Meanwhile Mrs Harper, Bernard's faithful housekeeper, keeps her beady eye on both men, ever ready with a caustic comment or a fondant fancy, as occasion demands.

Listeners who have heard and enjoyed other novels in this series will easily recognise the characters and their foibles as they take the journey with them through the twists and turns of a plot that moves backwards and forwards from the mid-1930s to the mid-1950s.

What listeners say about The Dark Side of the Mirror