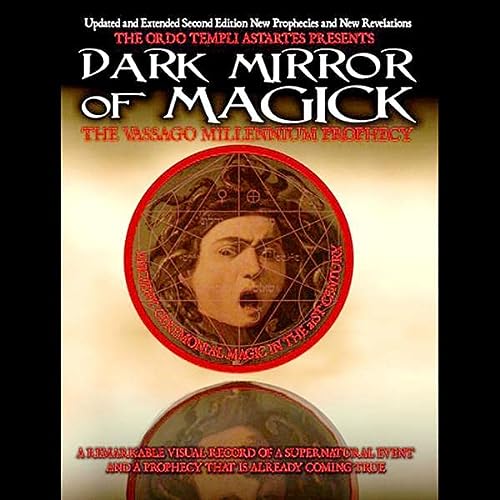 The Dark Mirror of Magick

On January 3rd, 2001, documentary writer/producer Wayne Darwen brought a professional TV news crew into the Temple of the O.T.A. to visually record a remarkable event: the summoning of the ancient spirit Vassago. On February 1st, the Los Angeles affiliate of a National TV Network broadcast an edited version of Vassago's Prophecy, confirming that the spirit had predicted a major news event. Only 13 days after the ritual was visually recorded, President Laurent Kabila of the Congo was assassinated!

In this recorded version you hear the entire operation, in sequence, exactly as it happened, with no rehearsals and no re-takes. Wayne Darwen interviews the Magister Thabion (Poke Runyon) and the mystic seer Frater Solomon. Their unrehearsed answers to Wayne's probing questions leave no doubt as to the depth and power of King Solomon's ancient Magick rites even in this modern age.

Everyone interested in the paranormal, psychic phenomena, and the occult should certainly hear this remarkable production. It will be studied and commented upon for years to come.

CAUTION; This recording contains actual spirit summoning and is not recommended for immature listeners.

What listeners say about The Dark Mirror of Magick