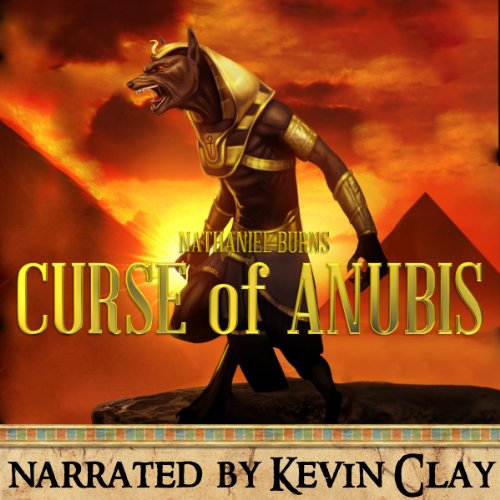 The Curse of Anubis

Incomplete sections of the book of dead found in Ramesses’ tomb and the murder of a prominent tomb scribe sparks fears of the curse of Anubis in Deir el-Medina. While the lack of witnesses and a close-knit worker community hampers, Neti-Kerty and Shabaka’s investigation at a time when the whole of Thebes awaits the arrival of the pharaoh for the beautiful festival of the valley.

When Neti starts to experience strange sensations and the pharaoh’s life is endangered it becomes evident that there is a larger, more sinister scheme to the events...

The Curse of Anubis returns us to a land steeped in mystery and magic. It paints a detailed picture of Ancient Egypt in all its glory. Faithfully recreating one of the most remarkable eras in Egypt’s history, author Nathaniel Burns weaves a shudderingly ominous tale of ancient Egypt’s mysteries revealed through a cast of characters the modern reader will recognize even though millenia have passed.

So light up the incense, sit close to the light and draw back the curtains on the shadowed past with this gripping tale of love and intrigue among the living and the dead in one of history’s most intriguing civilizations.

What listeners say about The Curse of Anubis

The Curse of Anubis

The Egyptian Nancy Drew was at again. This time in the slave town that was up river from them. Love was also confessed. I really enjoy this series and murder of of ancient Egypt.

Love of Egypt’s he fills in the history of Ramses, glory of Ancient Egypt, intriguing and good. Enjoyed the narration and given my voluntary review and my honest opinion

Will she tell him.

If she could just be able to tell him! There's nothing wrong with giving him and answer.