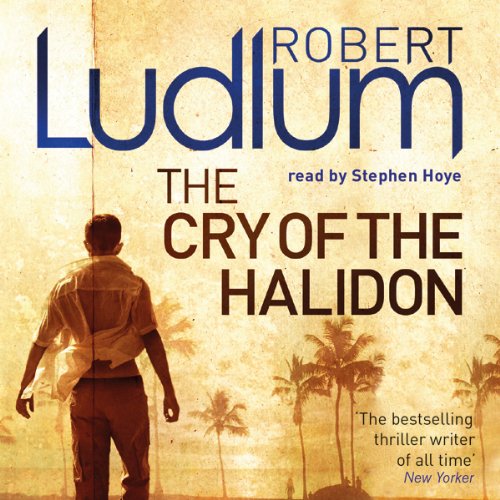 The Cry of the Halidon

By: Robert Ludlum
Narrated by: Stephen Hoye
Try for £0.00

Alex McAuliff has just received an offer he can't refuse. A company called Dunstone Ltd will pay him two million dollars for a geological survey of Jamaica's interior - and they require his absolute secrecy. But British Intelligence is aware of the deal and they've let Alex in on a secret of their own: the last survey team Dunstone dispatched to Jamaica vanished without trace. Now it's too late to turn back. From the moment he lands in Jamaica Alex is a marked man. He already knows about Dunstone... which means he knows too much.

Read by Stephen Hoye. Stephen Hoye has worked as a professional actor in London and Los Angeles for over 30 years. Trained at Boston University and The Guildhall in London, he has done six feature films, several television series, both drama and comedy, and appeared in London's West End on five occasions.

What listeners say about The Cry of the Halidon

A good story, very entertaining. Especially the narrators portrayal of Jamaican accents had my rolling with laughter or else I would have been offended.
I wish they was a movie of the book
As usual with Ludlum the book is very well researched so you really get the feel of the locations.