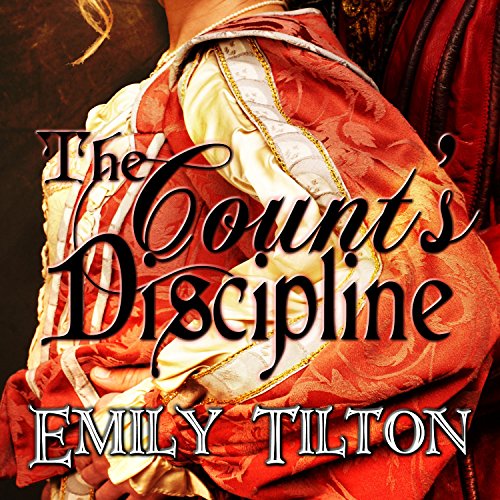 By: Emily Tilton
Narrated by: Nicola Ormerod
Try for £0.00

When Robert de Lourcy’s wife spurns his desire to spank her, the young count contents himself with disciplining other women of the court, until a rash decision to chastise the women of a captured castle arouses the ire of the local bishop and Robert is forced to seek absolution. In an act of penance, he visits a cathedral and stumbles upon a young girl named Sophia who has been set upon by robbers. Remembering his promise make amends for his sins, Robert takes pity on the destitute child, placing her in a convent so that she may be properly educated.

When Sophia comes of age, the nuns at the convent grow more firm with her. The young woman is simultaneously drawn to their discipline but also unconvinced that their motivations are particularly noble. After Sophia’s education is complete, Robert brings her into his household to serve as his secretary. Though he has decided to never spank another woman again, when Sophia begs him to chastise her as the nuns did he cannot resist the opportunity to take her over his knee.

The two begin a happy relationship based on Sophia’s acceptance of the count’s discipline, but he remains devoted to his wife until she dies tragically in childbirth. After that sad event, Sophia expects the count to marry another noblewoman, but will that new wife be jealous and send her away? Is she doomed to be cast back onto the streets from whence she came, or will Robert break the shackles of society and wed a commoner?

What listeners say about The Count's Discipline