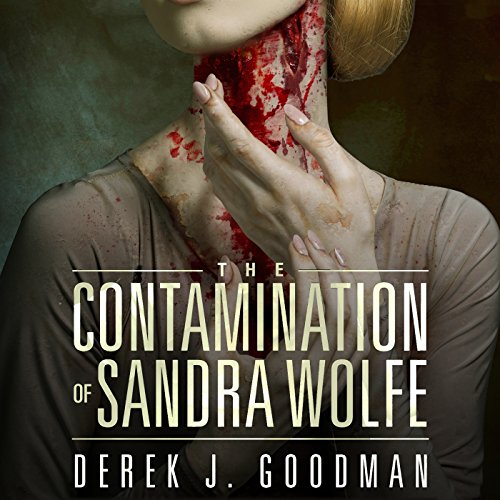 The Contamination of Sandra Wolfe

Three years have passed since Edward Schuett woke up in an abandoned department to find that the Zombie Uprising has come and gone while he has been a zombie for 50 years. With the help of his gun-toting friend Rae and the scientist Dr. Bloss he has established Seven City, a colony for Z7s like himself that were once considered the walking dead but now look and act human. They live in secret, knowing the outside world will look on them with fear and panic if it discovers they exist. Then they discover Sandra Wolfe. A rebellious teen, she is a Z7 but different. She is more feral and less in control of her Z7 powers.

Her presence couldn’t have come at a worse possible time, as Dr. Bloss has just died, leaving no one else who understands what might be wrong with her. Even worse, someone from the outside has finally discovered their colony. The world is about to know who they are and what they are capable of doing. Now various outside forces are looking in on them - a mysterious man working for a shadowy government agency, a group of diplomats trying to negotiate with Seven City, and a nearby town with a religious hatred for all zombies. Edward and Rae must get a handle on Sandra quickly or else she might accidentally turn the world against them all - and cause irreparable damage to everything Edward has worked for.

What listeners say about The Contamination of Sandra Wolfe

Read the first one first

This is definitely a continuation of the first book so, if you haven't read The Reanimation of Edward Schuett, read that one first. I have to say that I was pleasantly surprised. Wasn't sure how the story was going to be strung for another book (much less two), but Mr. Goodman keeps coming up with new twists and this novel is almost as fun as the first. Definitely worth reading if you're a zombie "enthusiast."

I really liked the first story in this series. However, it almost felt like this one was written by someone else. I was not a huge fan of the narration either. I didn't like Sandra Wolfe as a character and overall, just don't like the direction that this 2nd book is taking the story. Unsure if I will continue to the 3rd or not. I didn't think this was a good follow up to Edward's story and was disappointed overall.

Pleasantly surprised with this one

Pleasantly surprised with this one. It has a Sci Fi twist that goes very well with the zombie apocalypse.

Sandra is just like any other girl that just woke up. Except for the fact that she looks like a zombie and smells. And she can do things other survives of the zombie plague cannot even think of two weeks after waking up, much less two hours!

What’s interesting about this is that people really do not know why they woke up. They have memories of when they were human but cannot really remember turning zombie. Or can remember just a few glimpses that horrify them too much to delve into. The majority of the population still hates zombies, obviously) so the Z7’s are in hiding, worried what the world will think of them.

Then Sandra comes in. Her abilities are far beyond what anyone has every seen. She’s just a teenaged girl that is confused and upset. And frankly doesn’t know how to make good decisions. This is one of those books where I was a tad worried how far the author was going to take the drama. There is just so much of it! It all makes sense though and surrounds Sandra and her abilities. Never did I feel like he pulled any punches, nor did D.J. push too much violence, although do not take that to mean that there is not graphic violence because there is! Fabulous news for those that love blood and guts and zombies eating brains.

A lot of the drama in this actually comes from humans. I think this is how it would really be. Humans are just as crazy as zombies when it comes down to it. In the end it is whether or not we see the monstrosity inside of us that counts.

The narration, done by Coleen Marlo, was fantastic. I was easily able to tell all of the characters apart. Coleen also is able to create small pauses in her story telling that allows for the horror to really sink in before she moves on. It’s like white space in art, without it there isn’t a picture! I absolutely love this and want to read (or listen) to more of this series.