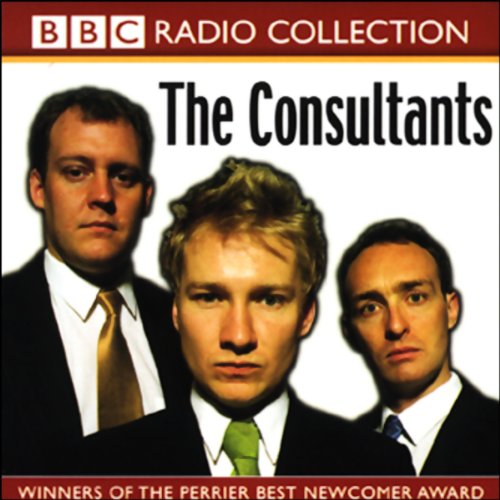 This is their first series on BBC Radio 4. Written and performed by Neil Edmond, Justin Edwards, and James Rawlings, the series is produced by Will Saunders.

The Consultants look set to follow the same hit trajectory as The League of Gentlemen, who also won the Perrier Award and had their first hit series on radio before transferring to television.

What listeners say about The Consultants

chose this because of Justin Edwards as I really enjoyed double science. but unfortunately was not entertained as I found the humour a little too out there.
if you enjoy a zanny sketch which is a bit odd then this may be for you but i listened to a couple and that was enough for me.

I loved this audiobook. I tried it out of desperation looking for more Australian or English comedy content, and was delighted to find tight
, clever scripts and plenty of variety. Not a dull momement. Wish there was more!