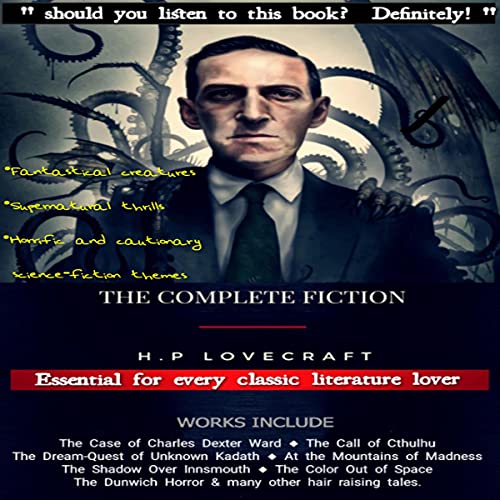 The Complete Fiction of H.P. Lovecraft collects the author's novel, four novellas, and 53 short stories. Written between the years 1917 and 1935, this collection features Lovecraft's trademark fantastical creatures and supernatural thrills, as well as many horrific and cautionary science fiction themes, that have influenced some of today's important writers and filmmakers, including Stephen King, Alan Moore, F. Paul Wilson, Guillermo del Toro, and Neil Gaiman. Included in this volume are The Case of Charles Dexter Ward, "The Call of Cthulhu", "The Dream-Quest of Unknown Kadath", "At the Mountains of Madness", "The Shadow Over Innsmouth", "The Color Out of Space", "The Dunwich Horror", and many more hair-raising tales. Essential volumes for the shelves of every classic literature lover, the Chartwell Classics series includes beautifully presented collections from some of the most important authors in literary history. Offering the most complete compilation of each set of works, Chartwell Classics are the editions of choice for the most discerning literature buffs.

What listeners say about The Complete Fiction of H. P. Lovecraft