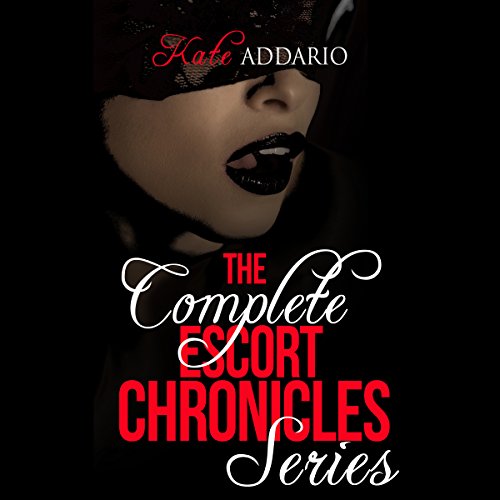 By: Kate Addario
Narrated by: Lynn Summers
Try for £0.00

This is the complete Escort Chronicles series; it contains four volumes.

In volume one, Italian Sugar Daddy, Ariel meets a wealthy European businessman and forms a relationship with him. After she moves into his showcase home, she discovers that having a sugar daddy is more of an adventure than she ever could have imagined.

In volume two, Call Girl Fantasy, Ariel transitions from having a sugar daddy to being a call girl. Things get interesting when she forms a business partnership and friendship with another escort, a busty, sensual Spanish girl named Jeannette.

In volume three, Cuckold's Romance, Ariel confesses to her new boyfriend that she has been working as a call girl. To their surprise, knowing she is with other men arouses Jack, and the two find satisfaction in their relationship when she cuckolds him.

In volume four, Brother Husbands, Ariel meets to ask Troy to accept her marriage to his cousin, Jack, despite the fact that the baby she is carrying is most likely Troy's. Troy is not amenable to this, so she convinces Jack to allow Troy to move into their home and be her co-husband. Troy quickly takes advantage of Jack's submissive nature and cuckolds him to the point of making him wear a chastity device. Things get even more complicated when Jeannette, Ariel's best friend and doubles partner from her work as an escort, joins the family.

What listeners say about The Complete Escort Chronicles Series