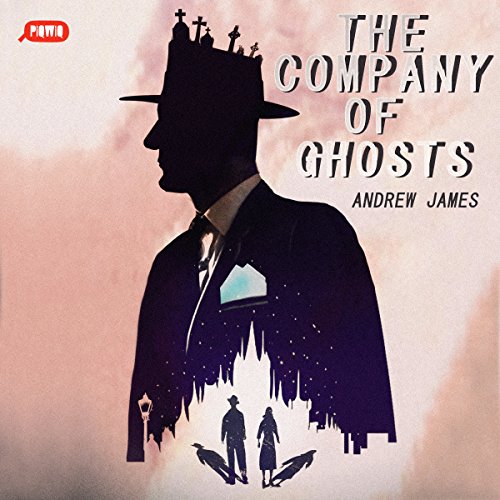 The Company of Ghosts

The Company of Ghosts

Inspector George Grimchard of Scotland Yard is the only man to have solved a premeditated murder in the last 50 years without resorting to the testimony of the deceased. Moreover he is the grandson of Edgar Grimchard, disgraced founder of the Department of Irregular Souls, a police department that has virtually ridden the British Empire of murder by solving crimes using the testimony of spirits held at séance.

When a body is unearthed in the garden of a Holland Park mansion, and the ghost claims to be the man who is now running the Department of Irregular Souls, Grimchard is thrown together with the lazy, indulgent detective Arthur Lyle, himself of the department. Faced with the fact that the man running the department is himself an impostor, the mismatched duo soon unearth dark secrets that could shatter the art of spiritualism forever.

But for Grimchard the matter is a simple one: a murder, hidden for thirty years, which must not go unpunished.

What disappointed you about The Company of Ghosts?

What was most disappointing about Andrew James’s story?

The whole premise for the time it is set in. It didn't gel comfortably. The synopsis interested me but the first 28mins failed to hold my curiosity enough to make me want to care about the characters & potential events.

Did Kris Dyer do a good job differentiating each of the characters? How?

He was able to make sufficient voice characterisations for his reading to have been enjoyable but for the fact that I was not willing to bother with the storyline.

What character would you cut from The Company of Ghosts?

I am sure there are readers/listeners who will enjoy this book but I am sorry to say I am not one of them.

Sooooooo much promise, I can't wait to find out what happens next. Andrew James has hit on something that is ripe with possibilities and I will be watching with keen interest in where this goes next.

Exciting and ooooooh so many ways to take it.

I loved the weaving of this story and how Kris Dyer brought it to life. Thanks!