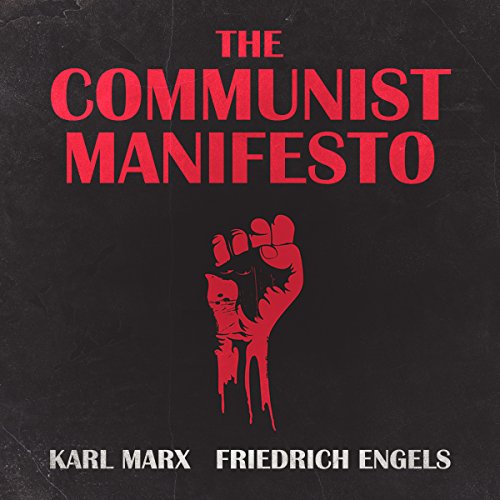 The Communist Manifesto is an 1848 political pamphlet by German philosophers Karl Marx and Friedrich Engels. Commissioned by the Communist League and originally published in London just as the revolutions of 1848 began to erupt, the Manifesto was later recognized as one of the world's most influential political documents. It presents an analytical approach to the class struggle (historical and then-present) and the problems of capitalism and the capitalist mode of production, rather than a prediction of communism's potential future forms.

The Communist Manifesto summarizes Marx and Engels' theories about the nature of society and politics, that in their own words, "The history of all hitherto existing society is the history of class struggles". It also briefly features their ideas for how the capitalist society of the time would eventually be replaced by socialism.

One Of the World's Most Important Documents

Every student who's managed to graduate from high school has heard of the Communist Manifesto and probably read sections of it in an effort to gain a grasp on modern world politics, but very few have read the entire document. This presentation, expertly and expressively read by Roberto Scarlato, provides the listener, in an hour and a half, with the complete manifesto with all it's grandiose speech and lofty themes.
A must for every modern history and political science student and an enjoyable "read" for the rest of us.

This is a historical work which is the basis for many basic Political Science courses.

It is relevant not only for its historical value and how it carried weight with future leaders
in Russia and China and other Communist countries but for its snapshot of what some intellectuals felt about the class struggle in Europe in 1848 and how that created the mass movements and social
dislocations of that time.

This is a well presented book by the Narrator and a must read for anyone who wishes to understand
European Social movements of that era.

11 of 13 people found this review helpful

Because it is necessary

Well read, and well paced, the material herein is not the easiest to read nor, in this case, listen too with zeal. An alternative understanding to to start a journey beyond Capitalism.

A classic everyone should read

A classic historical book that everyone should read. I don’t agree with their premise but their ideas influence history to this day.

I have never read or listened to this before. Historically and politically speaking, this is very interesting.

This is the first book I’ve listened to by this narrator and I would listen to another. He did well narrating this content. His speech is clear enough that I was able to increase the book to 1.5x speed without an issue. I did find regular speed too slow for me.

A Must Hear Classic

This should be heard by all. Whether you like it or not doesn't really matter. It should be heard due to it's impact on the world. I enjoyed the narration as well. Roberto Scarlato did an excellent job narrating this classic book. He read at a good pace and it was easy to listen to.

Although this is a bit of a dated work, it could very well serve as a harbinger of things to come if the Left-wing continues to have its way. Having read this work several times over the years, I have to say that listening to it makes for a more convincing argument for Marxism, be it communism or socialism, both have repeated proven to be abject failures in practice.

The narration was done well, clear and crisp. I did find that I had to speed it up a notch or two do to the cadence of the narration, but perhaps that had somewhat to do with my familiarity with the work. I would highly recommend this book for anyone with an interest in history, government, social, and economic interests or concerns . . . the caveat being; keep in mind that despite Marx and Engels railings against capitalism (of which they do a formidable job), it is the only form of economy that continues to thrive. Theory and reality are two entirely different entities. OK, off my soapbox. :) In short, this title is well worth the listen.

A review copy of this audiobook was provided by the author, narrator, or publisher at no cost in return for this unbiased review. If you found this review helpful, please take a moment to click yes below.

Love It Or Hate It, You Can't Escape It

The Communist Manifesto is one of those books that really draw out loud opinions from people. Setting politics aside, there is no denying that The Communist Manifesto is an immensely impactful book, and one everyone should read at least once. It's influence on the modern world would be hard to overstate. I'm going to leave the socio-political review for another time and focus on the quality of this edition.

This version is a solid listen, although not without a few issues. The translation seems good, but there were a few scattered phrases that were a bit odd, but nothing outlandish. Roberto Scarlato has an excellent voice for narrating. His tone reminded me of Luke Daniels more than a little. He did suffer from some odd inflections and cadences from time to time as though he was finding his rhythm and then losing it again. It wasn't a huge issue, though, and adjusting the playback speed to 1.25x or 1.5x actually fixed these problems, but listening at regular speed is fine as well. All in all it's a solid production.


I received a free copy of this book in exchange for an honest review.

Workers of the world ... unite!

Capitalism is an obscene form of anarchy. Struggle of the working class will save the human race.

A message of hate and destruction

Make no mistake the final point of this book is to suggest no matter the evil, no matter the immorality, the institutions of power must be torn asunder, and the bourgeoisie a.k.a. the middle class/ upper class must be subjugated. Their land their property and their religion must be stripped away either by law or by force all for the supposed benefit of the proletariat.

3 of 12 people found this review helpful