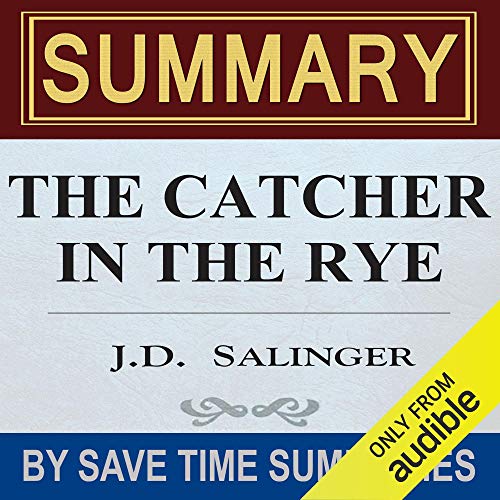 The Catcher in the Rye: by J.D. Salinger - Summary, Review & Analysis

The Catcher in the Rye: by J.D. Salinger - Summary, Review & Analysis

By: Save Time Summaries
Narrated by: Matthew Pilch

This summary for J.D. Salinger's The Catcher in the Rye is just the companion you need to enter the broken mind of Holden Caulfield, a character who for more than 50 years has been one of modern literature's most iconic figures. The disturbed teen stands at the center of this controversial novel that was banned in its day for its language, sexuality, and blasphemy. Years later, the book was tied to the infamous shootings of John Lennon and Ronald Reagan. Yet, despite the controversies, this classic The Catcher in the Rye has endured as a must-read. This guide to The Catcher in the Rye helps you unravel the enigmatic mind of the novel's anti-hero, as you explore the equally mysterious Salinger.

His The Catcher in the Rye carried autobiographical elements. This expert summary includes chapter overviews and analyses to help you understand the complex layers of the story. Follow the downward spiral of Holden's mental state. Read about The Catcher in the Rye’s themes of isolation, grief, and salvation. Use the detailed character analyses to make connections between these themes and the people in Holden's world. This summary also includes other valuable highlights, such as critical interpretations of the novel over the past 50 years. Is The Catcher in the Rye a rebellious coming-of-age tale? Is it merely a dark portrait of a descent into madness? This summary and analysis helps you form your own answers.

It suggests buying the novel first then reading this, however I disagree, this is an excellent overview of the novel, it would be far better to have read this first, if not you would find Catcher in the Rye very hard to be involved in

J D Salinger's work Catcher in the Rye was indeed made easier to grasp & comprehend.

Catcher in the Rye

Lacked substance pertaining to the story and persons written about.
could have had more clear explanation of sceans