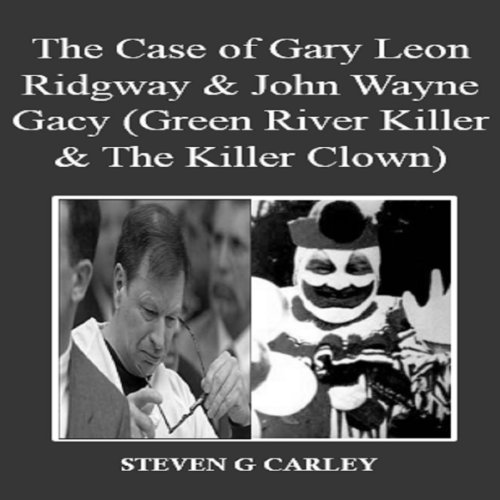 The Case of Gary Leon Ridgway & John Wayne Gacy (Green River Killer & The Killer Clown) documents the lives of Gary Leon Ridgway and John Wayne Gacy from their childhoods to their villainous murder sprees and eventual arrest and capture. Ridgway would possess the largest death toll of any one serial killer within the United States. Despite this, upon Ridgway's criminal conviction he would make a plea bargain in assisting in the search for the remains of 41 of Ridgway's other victims. This is in addition to the seven of which DNA and other evidence would directly link Ridgway to the murders. Ridgway currently resides within the Washington State Penitentiary in Walla Walla, Washington. John Wayne Gacy would not share as empathetic a fate as Ridgway as he would be put to death by lethal injection on May 10, 1994, for his part in the death of 33 young men from the ages of 14 - 21.

This so called book reminds me of a 6th grade book report written from memory on the School Bus and turned in first period on the due date. Would not expect to see this on Audible

The writing is awful; the narration is like listening to a poor reader being forced to read aloud at school; don't bother.