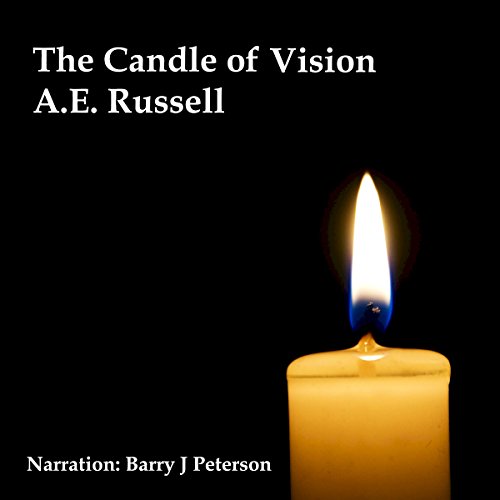 The Candle of Vision

The Candle of Vision

By: A. E. Russell
Narrated by: Barry J. Peterson

This book by Irish author, poet, painter, and mystic George William Russell is a set of transcendent essays on Celtic mysticism. Known by his pen name AE (which is short for Aeon), Russell was friends with many other figures of the Celtic renaissance of the early 20th century, including Y. B. Yeats and James Stephens.

The Candle of Vision describes Russells' luminous excursions into the other-world, including clairvoyant and prophetic visions, precognition of Gnostic concepts, past-life and astral journeys, and, always, heightened awareness of the beauty that pervades mundane reality. Russell describes encounters with what today we would call UFOs, and attempts to construct a private Kabala based on an intuitive reconstruction of a primal language and alphabet. Lastly, he attempts to put a mystical gloss on the primeval Celtic pagan deities. Lovers of Celtic lore and ecstatic mystic literature will both find much to enjoy in this short audiobook.