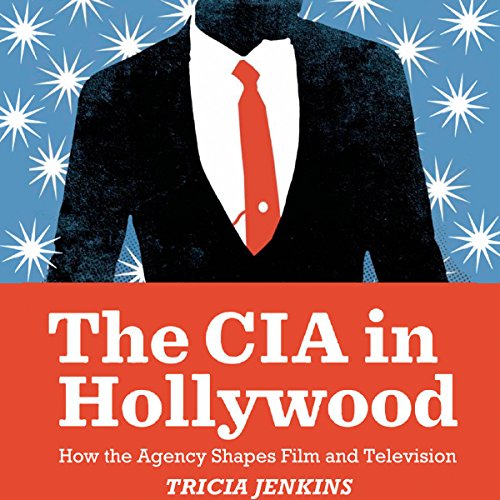 The CIA in Hollywood

By: Tricia Jenkins
Narrated by: Caroline Miller
Try for £0.00

What's your impression of the CIA? A bumbling agency that can't protect its own spies? A rogue organization prone to covert operations and assassinations? Or a dedicated public service that advances the interests of the United States? Astute TV and movie viewers may have noticed that the CIA's image in popular media has spanned this entire range, with a decided shift to more positive portrayals in recent years. But what very few people know is that the Central Intelligence Agency has been actively engaged in shaping the content of film and television, especially since it established an entertainment industry liaison program in the mid-1990s.

The CIA in Hollywood offers the first full-scale investigation of the relationship between the Agency and the film and television industries. Tricia Jenkins draws on numerous interviews with the CIA's public affairs staff, operations officers, and historians, as well as with Hollywood technical consultants, producers, and screenwriters who have worked with the Agency, to uncover the nature of the CIA's role in Hollywood. In particular, she delves into the Agency's and its officers' involvement in the production of The Agency, In the Company of Spies, Alias, The Recruit, The Sum of All Fears, Enemy of the State, Syriana, The Good Shepherd, and more. Her research reveals the significant influence that the CIA now wields in Hollywood and raises important and troubling questions about the ethics and legality of a government agency using popular media to manipulate its public image.

The book is published by University of Texas Press.

What listeners say about The CIA in Hollywood

more about cia public relations than it is about Machiavellian media manipulations. books provides the cia rationale for helping /and sometimes exploiting Hollywood.

Other than a little list of programs, didn't reveal much more than I would imagine by the tile. Boring. Sorry for the review

Very well done except for the last hour.

Would you consider the audio edition of The CIA in Hollywood to be better than the print version?

First off, I would like to say this was a good book and I enjoyed it.

I would say it was easier to have the historical info read to you than to plow through it on paper.

I enjoyed the book till the last hour, which is where I came to realize this was actually a college paper that became a book. This became apparent when the author suddenly began to recap what had been said in the classic "Say what you said" format colleges teach. Whole passages were suddenly recapped almost word for word.

What other book might you compare The CIA in Hollywood to and why?

Powerhouse - The Story of CAA. A very indepth historical narrative.

Quick delivery that did not drone on like some readers.

No, it was a lot of data. It was a great education and well presented.