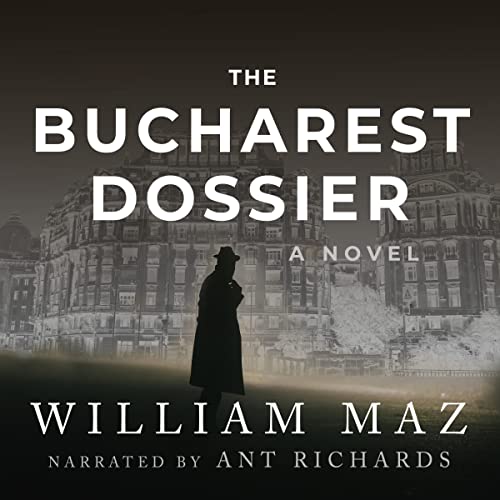 By: William Maz
Narrated by: Ant Richards
Try for £0.00

At the start of the 1989 uprising in Romania, CIA analyst Bill Hefflin—a disillusioned Romanian expat—arrives in Bucharest at the insistence of his KGB asset, code-named Boris. As Hefflin becomes embroiled in an uprising that turns into a brutal revolution, nothing is as it seems, including the search for his childhood love, which has taken on mythical proportions.

With the bloody events unfolding at blinding speed, Hefflin realizes the revolution is manipulated by outside forces, including his own CIA and Boris—the puppeteer who seems to be pulling all the strings of Hefflin's life.

The Bourne Identity meets John le Carré's The Spy Who Came In from the Cold.

What listeners say about The Bucharest Dossier