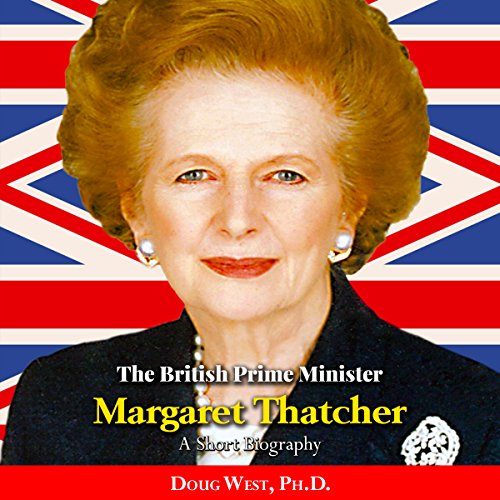 Margaret Thatcher was a British stateswoman and the first female Prime Minister of the United Kingdom. From 1975 to 1990, she was the Leader of the Conservative Party. She was elected Prime Minister three times and served for 11 years, longer than any other British prime minister of the 20th century. Her political views, based on loose economics and individual self-realization, along with her policies, were referred to as Thatcherism, which for decades remained an influential political concept in the United Kingdom. Thatcherism was also used to describe Thatcher's ethical principles and personal style, including such aspects as nationalism, individualism, or the refusal to compromise on the pursuit of certain political goals.

This short book covers Margaret Thatcher's life in enough detail for the listener to learn about this amazing woman without having to listen to a large-volume biography.

Mr. West gets good marks for a summary story. I suggest he never allow Mr. Diehl to record his work again as this narrator continuously mispronounces simple words and reads in a wooden, monotone.

I loved the idea on having a short biography however, it ended seeming superficial for.me. It would be great if despite short the author could provide more clearly the sources of his research and let readers go further if they want to.