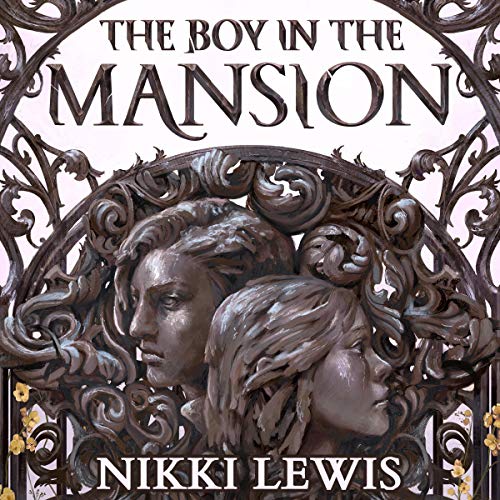 The Boy in the Mansion

Benson Rimer has had one goal since his brother’s death, 30 years ago: seek out his mate and make her pay for all the pain she inflicted on him. Being forced out of an adult body and into a child’s again did not allow for a lot of freedom.

It turns out that he did not need to seek her out. His mate found him on her own. Due to his family’s fondness of her and his own mental instability, Ben’s father erected an energy shield to hold him within the fence to prevent further harm to this...Belle (Angel) Thompson...and Ben raged against it. The connection they felt for each other, after all the anger and fear dissipate, is undeniable, and suddenly, Ben found he wanted to get to know Angel. But Ben realizes Angel keeps running to him for a reason.

Angel’s tormentor has everyone believing that he is not truly harming her. Unable to protect herself, Angel seeks sanctuary with the boy in the mansion, unsure as to why her tormentor doesn’t follow her, but unwilling to question it.

Now, Ben must fight against his demons and rise above his past if his father is ever going to release him to protect his mate, and Angel must choose whether or not she will continue to face her tormentor who now carries a gun...or jump off the ledge of the bridge she stands on. For her, the sacrifice is worth it, if it means protecting those she loves.

What listeners say about The Boy in the Mansion

Following the death of his brother thirty years ago, Benson Rimer has had one goal in mind. To find his mate and make her pay for the pain she has inadvertently placed on him. Being trapped in the body of a thirteen year old has left him unstable and without his father keeping him in check, his powers pose a risk to everyone around him.

Troubled twelve year old Belle Thompson has recently moved into town after her father gets a teaching post. While trying to escape the unwanted attention from a bully, she’s intrigued when she stumbles across a mansion with a tall fence and two huge dogs who surprisingly take her under their protection. Belle finds herself drawn to the mansion and begins to seek refuge there on a regular basis. Ben watches her from his window and becomes increasingly incensed that a mere girl has infiltrated their defences and practically made herself at home. He demands to know how she could have gotten past his personally trained Guardians.

Despite their first meeting getting off to a rocky start, Ben and Bella find themselves drawn to each other. Unfortunately Belle’s regular visits are no accident and as the book progresses we learn that she’s hiding a terrible secret. A secret that threatens not only their budding relationship but her very life...

The Boy in the Mansion is a paranormal romance novel about the relationship between two teens who are fated mates and the obstacles they face. I found myself intrigued by the prologue which sees Ben not only finding himself in a teenagers body but losing his brother due to a sacrifice of sorts. Trying to figure out who and what Ben was had me gripped from then on.

The book skips ten year after Belle’s first meeting with Ben as a child, and sees her arrival in town and consequent first meeting with Ben. It becomes increasingly apparent that Belle is being harassed by Jake, a boy at school who tries to accost her on a daily basis. Incredibly, despite her trying to report him, no one well believe her - not even her parents.

As Jake’s attacks become more vicious and revelations come to light about the extent he’s gone to in his sexual abuse, I became increasingly uncomfortable with the book, mainly due to Belle’s tender age and the lack of trigger warnings that weren’t given in the synopsis. This is by no means a young read despite the ages of both protagonists who are 12 and 13. Other themes include bullying, self harm, physical and mental abuse, sexual assault/rape, suicidal thoughts and even a scene of self gratification (Ben)

While the premise of the story was intriguing, this book just wasn’t for me unfortunately.

Not for feint of heart

One of the things I love most about this story is that it discusses things that actually HAPPENS to children on a daily basis. This story has made me uncomfortable, made me cry, and made me rage so badly I had to lock myself in my room to keep from lashing out at my own family. This story was deeply personal and the memories resurrected while I went through it were almost too much for me to bear. But I made it...and I am so very glad I did. I'm just disappointed that I don't have books two through four in audiobook format yet.

This book is very well written. There are triggers and violence for mature audiences but it reflects real life situations that people like to "sweep under the rug".
When you get sucked into the story world and feel the characters suffering and pain, that is when you know you are reading an amazing book. This is what occurred for me while reading this series. The books is so amazing that I've read/listened to it multiple times.

I really liked the book over all, however knowing the author made it a little hard to listen to a narrator with such
a heavy British accent. The author did pulled me into this book very well. I just have one question , will Jake get his just desserts?!

The Boy in the Mansion is a well written book. I love how the author develops the characters as the storyline intensifies. Emma Belle as the narrator really brings the story to life with her smooth voice. I highly recommend this book and I would love to hear/read what comes next for Ben and Angel.

Not usually the genre I read. I have to admit I thoroughly enjoyed this book! Looking forward to reading more.