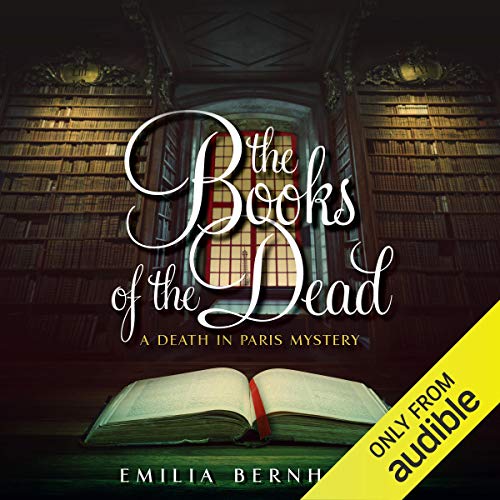 The Books of the Dead

The second book in Emilia Bernhard's charming Death in Paris series, featuring two American sleuths in the City of Lights, is perfect for fans of M. L. Longworth and Juliet Blackwell.

Parisian summers are for strolls in the park...and solving a murder or two. When American sleuth Rachel Levis stumbles upon an employee of the French national library strangled in the bathroom of a cafe, she's not surprised to be asked to help with the investigation by her old acquaintance Capitaine Boussicault - after all, she and her best friend Magda solved a tricky murder only 18 months before.

But right from the start, this case proves to be très difficile. When Rachel goes undercover as a librarian to determine which of his book-loving colleagues loathed the man enough to kill him, the library is rocked by more bad news: a priceless antique book has been mutilated. And the very next day, her favourite suspect for the murder is found dead in the stacks.

Just as the case is heating up, Boussicault pulls Rachel from the investigation. Undeterred, she and Magda decide to forge ahead with their own investigation - even if it could put them at odds with the police and in serious danger. With evidence and suspects piling up, it will be up to them to find the culprit - and stop more innocent books from being harmed - before anyone else checks out for good.

What listeners say about The Books of the Dead