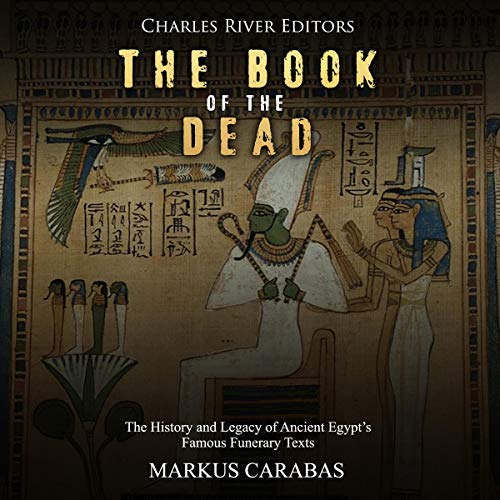 The Book of the Dead

Given the abundance of funerary artifacts that have been found within the sands of Egypt, it sometimes seems as though the Ancient Egyptians were more concerned with the matters of the afterlife than they were with matters of the life they experienced from day to day. This is underscored most prominently by the pyramids, which have captured the world’s imagination for centuries.

Generations have viewed them as symbols of a lost past, which in turn is often portrayed as a world full of romance and mystery. This verbal meaning has become associated with the structures through the tourism industry, where intrigue obviously boosts ticket sales. In fact, the Egyptian pyramids are so old that they were also drawing tourists even in ancient times. In antiquity, the Great Pyramid of Giza was listed as one of Seven Ancient Wonders of the World, and it is the only one still surviving today.

Though the ancient tombs have been extensively plundered, they still stand as gateways to the afterlife that provide a murky window into the past of a fascinating civilization. Most importantly, the relatively untouched tomb of the young King Tutankhamun offered clear insight. Many of the objects that were discovered in Tutankhamun’s tomb were clearly made specifically for him and his burial, such as the coffins, funerary masks, canopic equipment and statues.

To accomplish all the necessities the Egyptians believed in, they relied on spells and invocations, which were collected in a series of funerary texts such as the Pyramid Texts. By the era of the New Kingdom, the most popular funerary text was The Book of the Dead, one of the most evocative titles of literature in the history of humankind. Its mystical writings offer a glimpse into a realm of magical thinking beyond the skills of most writers of fiction. The Book of the Dead has enraptured scholars and laymen for centuries. For that reason, it may surprise many that The Book of the Dead does not actually exist as a book. In fact, what is referred to as The Book of the Dead today is actually the accumulation of around 400 spells from the whole gamut of Egyptian history. The name was given to this collection of texts by modern Egyptologists, but the fact remains that no one text contains all of the spells associated with this body of work.

To the ancient Egyptians, these spells would have loosely contributed to a collection known as The Book of Coming Forth by Day. This moniker is extremely important to the understanding of its primary purpose: returning from the depths of “night.” The Egyptian concept of “coming forth by day” meant rebirth, just as the sun is “reborn” each morning after its “death” at sunset. In other words, rather than the work being any kind of magical book to summon, speak with, or fight against “the dead”, it is actually a manual for the dead to go beyond their physical death and “come forth” into an eternal state of bliss.

What listeners say about The Book of the Dead

This is an overview.

Very little of the actual book of the dead. Generally an overview with opinion of the author and a few quotes.

it has great info and I really loved the narrator for this book. kept me interested and awake!