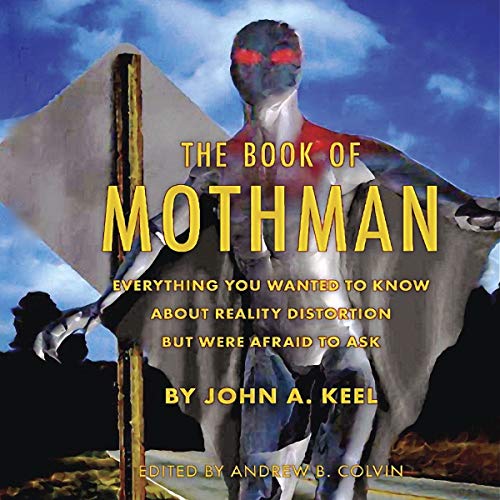 The Book of Mothman

By: John A. Keel,Andrew Colvin
Narrated by: Pete Ferrand
Try for £0.00

New Saucerian Press proudly presents John Keel’s The Book of Mothman: Everything You Ever Wanted to Know About Reality Distortion but Were Afraid to Ask.

The chapters in this Keel-approved collection, culled from New Saucerian’s four recently published Selected Writings of John Keel books (Flying Saucer to the Center of Your Mind, The Outer Limits of the Twilight Zone, Searching for the String, and The Great Phonograph in the Sky) coalesce to create a dazzling, mind-blowing “unified theory” concerning the paraphysical distortions and “glitches” seemingly invading our reality.

Many of the articles in The Book of Mothman were written years before Keel’s Mothman Prophecies, while others were written years afterwards, making it a very unique and valuable source. With the addition of several 1990s lectures and an interview from 2003 - Keel’s last on Mothman - researchers and enthusiasts gain a better sense of just what was going on in West Virginia and the Ohio Valley in the 1960s and ‘70s.

This special edition features a brilliant introduction by Gray Barker, a recently discovered foreword by John Keel, and a note from the editor, Andy Colvin.

“As good an example of pure, unadulterated Keel as you are likely to find....” (Robert Durant, Pursuit Magazine)

“Decades ahead of all the ‘respectable’ Forteans and ufologists....” (UFO Magazine)

What listeners say about The Book of Mothman