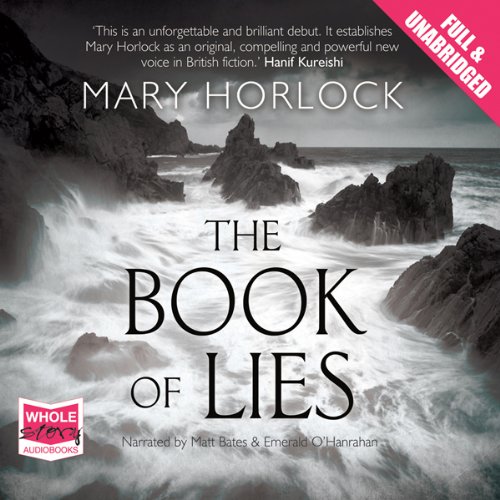 The Book of Lies

By: Mary Horlock
Narrated by: Matt Bates,Emerald O'Hanrahan
Try for £0.00

Guernsey, 1985. Catherine Rozier is fifteen years old and a murderer. Scribbling frantically in her journal, she recounts the events that led to Nicolette's death, only to discover that history has been repeating itself. Charlie Rozier, a teenager during the German Occupation of the island, is frustrated by the lack of resistance to the occupying forces. Determined to fight back, Charlie sets on a path that will change the Rozier family's life forever.

What listeners say about The Book of Lies

If you were expecting a story along the lines of 'The Guernsey Literary & Potato Peel Pie Society' DON'T bother with this book.
As a local islander (Guernsey) it offended me at every turn. I appreciate it was supposed to be narrated by a disturbed teenager, but it does my island and it's people no favours with it's lies and misrepresentations throughout. Cleverly interspersed with some actual facts, this is a highly irritating listen. If you are a 'local' this narration will also drive you mad as not one single place name or character name is pronounced correctly. After forcing myself to listen to the end, it was one of those frustrating stories with an inconclusive ending. Not just a waste of my time but seriously affected my blood pressure!