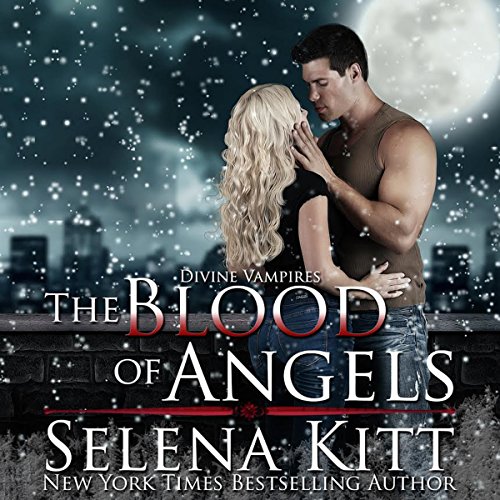 The Blood of Angels

Sam has an unusual interest in humans. And considering she's a fairy of fate whose profession it is to determine their futures, it's no wonder! But it isn't just karma she's curious about. Sam has what her fairy-pal, Alex, thinks is an inordinate and rather wanton interest in certain biological aspects of human behavior - most notably, s-e-x!

When Sam's job leads her into the path of a handsome man who rocks her world, Sam's interest becomes obsession. Alex reminds her that fairies get one Christmas wish. Will Sam consider using hers to become human, just to experience one night of bliss?

But things aren't always what they seem. Zeph says he isn't like most...humans...and when Sam discovers who, and what, he really is, she's forced to make a choice that will transform her existence forever.

What listeners say about The Blood of Angels

How is this NOT a series on audible?!

This was so unexpected and yet so enjoyable. A rare find and nice twist on Fae and Angels. This is my first book of Fae and Angels but if there's more, I'd like to hear them. I'm so curious about the other story that started to unfold. I need more 😩

Best narrator I've heard so far. Almost no mistakes if any, as if she was the original author. Makes a huge difference in the audiobook experience. Well written too.

It was a story I wasn't expecting, but it was definitely one that I loved. Once again, Selena Kitt supplies the story and the sensual in equal measure.

More of this, please.