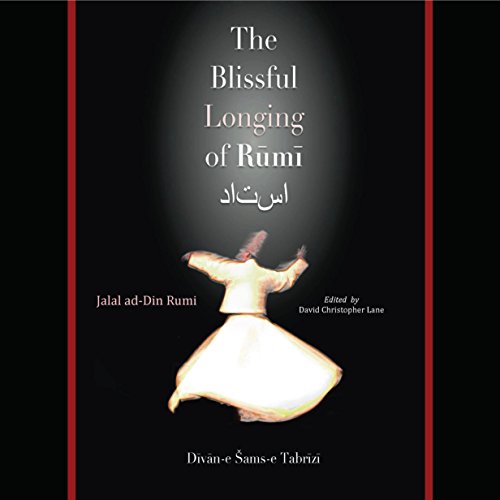 The Blissful Longing of Rumi

I first came upon the magnificent Divani Shamsi Tabriz at the now defunct Bodhi Tree bookstore on Melrose Avenue in West Hollywood. I was 17 years old and I used to haunt that bookstore like a ghost who overstayed his welcome, primarily because they allowed its patrons to sit comfortably and read whatever was on their shelves for offer. I have a very fond memory of reading Rumi's deeply moving paens to his deceased mentor and friend, Shams of Tabriz. I eventually bought the paperback edition of the book and read it daily for years. Even today nearly five decades later my eyes moisten whenever I read anew the infinite longing that Rumi had for his beloved teacher, particularly when he could plaintively write, "Love's fingers tear up, root and stem, every house where sunbeams fall from love. When my heart saw love's sea, of a sudden it left me and leaped in, crying, find me. The face of Shamsi Din, Tabriz's glory, is the sun in whose track the cloud-like hearts are moving."

Reynold A. Nicholson has done us all in the English speaking world a wonderful service by translating from the original Persian much of Rumi's writings. The following excerpted poems provide a glimpse into the heart and mind of the one world's greatest mystic poets. It is my hope that a new cadre of listeners will be moved and touched by Rumi's poems, which each have a universal import that transcends both religion and cultural boundaries. Though Rumi was a Muslim and wrote within the context of a believer in Islam, his message goes to the heart of all spiritual inquiries - regardless of whether one is a Jew, a Christian, or a Hindu.

What listeners say about The Blissful Longing of Rumi