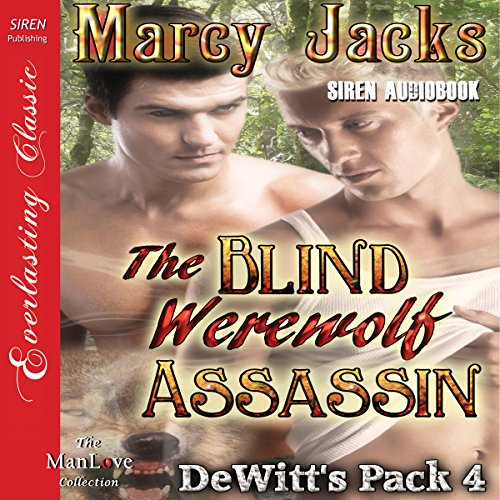 Nick Larosa is not pleased about going to DeWitt's pack, especially since Adam Trenton, his first love from 10 years ago, will be there. Things didn't end well when Nick broke off their relationship after discovering he was going blind. Those old feelings of anger and lust are clearly still there for both of them. Adam always knew Nick's eyesight was bad, but never thought he would go blind. Seeing Nick's once-clear eyes so cloudy and sightless is a shock. Nick, however, doesn't let that stand in the way of proving he is a skilled warrior, capable of teaching the other alphas how to better use their senses. When Adam discovers that Nick left him for just that reason, the old anger resurfaces. Both will have to learn to trust the other if they are to defeat the pack of wild werewolves coming to DeWitt's pack, and stay alive long enough to admit they still love each other.

What listeners say about The Blind Werewolf Assassin

It's a easy, fun, fast read. Mr. Brooke did a great job narratoring this book.