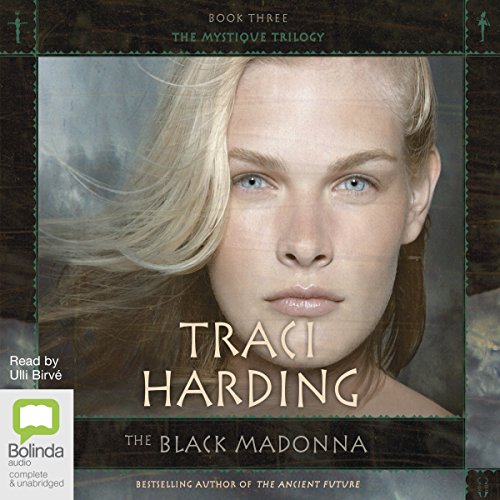 By: Traci Harding
Narrated by: Ulli Birvé
Try for £0.00

The best-selling author of The Ancient Future returns with the final instalment of this compelling series about an ancient and powerful female lineage....

Mia Montrose, archaeological linguist, has discovered that the Black Madonna is a code used by secret societies throughout time for the lost key to an ancient power source: the Sphere of Amenti. Kali, interdimensional Queen of the Anunnaki - now fully merged with the youngest Dragon Queen, Tamar Devere - has less than a year to rehabilitate her Fallen kindred who desire intergalactic domination.

Ashlee Granville-Devere and the Dragon Queens must pool their talents to open the 12 Stations of the Signet Grid and unlock the Halls of Amenti, lest the Fallen succeed in using time-travel technologies to destroy humanity.

From the ancient past to the distant future, from Montsègur to the way stations of the universe, from the Underworld of the Kali Rift to the Otherworld of the Ranna time Flow - the intertime war must be won for the sake of the future.

What listeners say about The Black Madonna