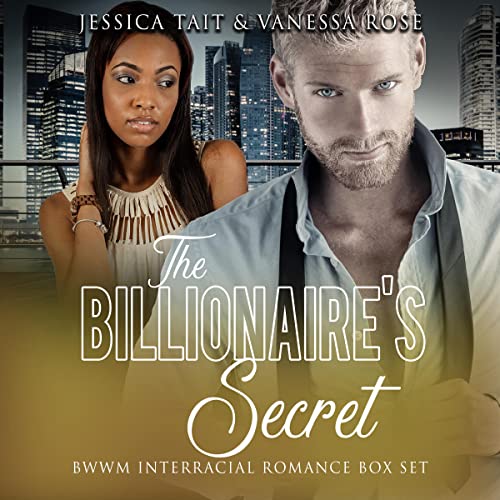 At 23 years old, Joslin is well on her way to becoming a successful veterinarian. The most recent in a long line of strong black women, she is happily striking out on her own in the lovely town of Beaumont, Texas. With everything moving along wonderfully and her friend list growing by the day, Joslin finds herself in the midst of an interesting proposition.

Blake Paxton, the only heir of the wealthiest family in town, is in one of the biggest dilemmas of his life. His mother, having lost all patience with him, is attempting to arrange his marriage to a long-gone ex-girlfriend. Pressed for time and answers, Blake has to come up with a solution before his mom arrives for a two-week visit where she expects to meet Blake's brand new fiancé.

Will Joslin be able to play the role of his temporary wife and keep emotions aside?? One thing is for certain, their lives are about to change drastically!

Book 2 - A Marriage of Convenience

Daneesha is a beautiful black woman, daughter to a ranch owner, and trapped on the family farm. Her parents refuse to hire help, or even update their equipment. It was hell. No car, no internet, she was convinced she would grow old alone and die on her parents’ ranch.

Through the introduction of a mutual friend, Daneesha begins to exchange letters with Curtis. Curtis is stuck in the exact opposite predicament. His parents are refusing to hand over the family ranch until he is married, and unless he picks someone soon, they will choose for him.

Through a mutually beneficial agreement, they arrange to get married as friends.

However, what Daneesha didn’t know was that Curtis was a handsome, muscular cowboy. When feelings start to grow, will they be able to stick to their agreement?!

Joshua Tanner is a tall, handsome, muscular, and wealthy agricultural businessman. Having come from a wealthy family, he was well set up to be successful but he used his own intelligence and vision achieve his goals by the age of 35. It is not until his father begins bearing down on him about marriage that he realizes his parents are not fully satisfied with the life he leads.

When his father tries to force him to marry his ex, he gets the help of Sasha, a young beautiful, strong black woman, to make it through a hellish ordeal with his parents. What neither of them expects is to fall madly in love with each other and end up wanting much more than originally planned. However, with so little time before the ex-arrives, will it be enough?!

British billionaire Michael Clarke has been living the high life in New York City, but the party will come to an end if he doesn't get his citizenship. His visa is about to expire, so he needs a plan, and fast. As luck would have it, he happens upon the beautiful, Black woman, Taylor in the grocery store, an overworked single mom just trying to make ends meet.

Michael asks Taylor to marry him, offering her financial security for her and her daughter in exchange for a green card marriage.

Ever headstrong and independent, Taylor is shocked by his proposal. The last thing she wants is to rely on a man to save her... but the offer is too tempting.

After the death of her father, Monique feels the weight of the world on her shoulders.

What listeners say about The Billionaire’s Secret

Could be any other romance story

Disclaimer: I was given this free review copy audiobook at my request and have voluntarily left this review. This series was a decent read, but none of the stories were able to pique my interest and the plot feels repetitive after a while. Characters also generally lacked depth. I came in expecting to read a lot more about the life of the super rich, the contrast between the characters, how their difference in wealth, status and culture would bring them together, but instead their interactions and behavious barely grazed the surface, and could be any random person picking up a girl on the street. Although some of them do show adorable interactions and characters knowing and opening up to each other, but I was otherwise quite disappointed. Also the entire wedding ceremony speech felt rather redundant for the last story, given that neither characters gave me the impression that they were very religious to begin with. I would rather more writing be given to their planning progress and the making of the cakes, to show how they have changed, and their feelings for each other, willingness to compromise, or their developing chemistry. Narration and editing was slightly disappointing for the first book. Multiple times throughout the book, the narrator could be heard rereading lines, taking a break and drinking water, and they did not correspond to the story at all (i.e. character is drinking water, so narrator drank water as well). Rereading lines is very common but they are usually edited out as the final version, instead of having same words said twice multiple times throughout the book. Not sure if maybe this is not the final version, but it certainty made the experience quite bad. Narration by the other narrators for the other books is otherwise quite good, they bring about the characters pretty well.

Good collection of short stories. The narration was good and kept me entertained. I liked getting 5 stories in one book! This author does a good job with the characters. I look forward to reading more books from this author. I was given this free review copy audiobook at my request and have voluntarily left this review.