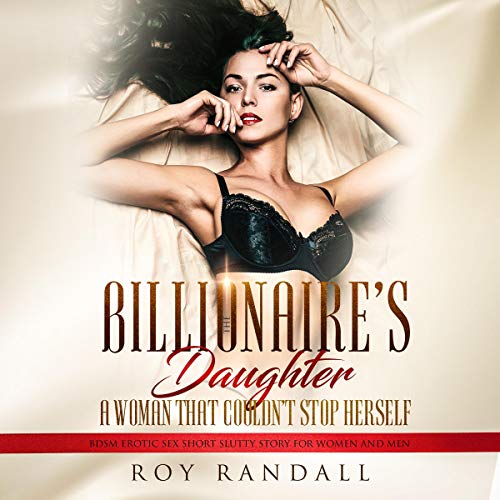 Nathan is happily married to a beautiful woman who he is in love with. But, he’s also got another beautiful woman on the side who gives him what his wife will not. Nathan feels like he has to choose between these two women that he loves. Elisa, his beautiful wife, who has stuck by his side through thick and thin and is the woman that he has always wanted. Despite all of his money, she does not allow it to change how she lives her life, and she continues to live her life as if she does not have a husband who has billions of dollars in the bank.

In the end, Nathan has the best of both worlds!

Clear narration that was easy to understand. It was a good book with a good storyline.

A really good introduction to the book and the ending was superb. Really enjoyed this one.

It had a really superb balance between romance and erotica. Hit the nail on the head. Splendours.

Hot Hot Hot! This audiobook is hot! Seriously it is everything I wanted in this type of genre.

Slightly cliched but it was a good read

At times it could have been slightly cliched but it wouldn’t of put me off buying it. I thoroughly enjoyed it and finished it in 1 sitting. Might give it another listen in a couple of days.

Amazing. The storyline is very well thought out and had me questioning what would happen next.

This got my blood flowing! Lol

A very good job on this short audiobook. It certainly got my blood flowing if you know what I mean.

It was a good balance of Romance and Erotica

The billionaires daughter has a really good balance of Romance and Erotica. The author builds the characters by using Romance. It is well written and quite an interesting book.

I couldn’t stop listening to this book until it was over. I really enjoyed it. I can say it is a great short book.

The billionaires daughter is a book that I could read again and again. The ending actually had a purpose and was fascinating. A real good book with a twist.

I really didn’t want to put this book down. I listened to this short whole book in 1 sitting and it was very enjoyable.

An actual good erotica book… finally I found one. It is really well written and will keep you wanted to read / listen to more

Gosh… This is one sexy book! Very hot and was hot and at times funny. A must read!

It was a good balance of Romance and Erotica

The billionaires daughter has a really good balance of Romance and Erotica. The author builds the characters by using Romance. It is well written and quite an interesting book.

I couldn’t stop listening to this book until it was over. I really enjoyed it. I can say it is a great short book.

Gave me the chills

The ending gave me goose bumps. I like the main character, Roy (the author) did a good job of describing and building emotional depths.

I couldn’t ask for more from a short erotica book. It got my blood flowing and my brain thinking. Good character building, very emotional and on a whole a really great short book.

A perfect mix of sex scenes and character building. Wasn’t too long or too short and was great for a night time read.

If you like the sexy and dirty content, then you’re going to want to listen to this book. One that you cannot miss!