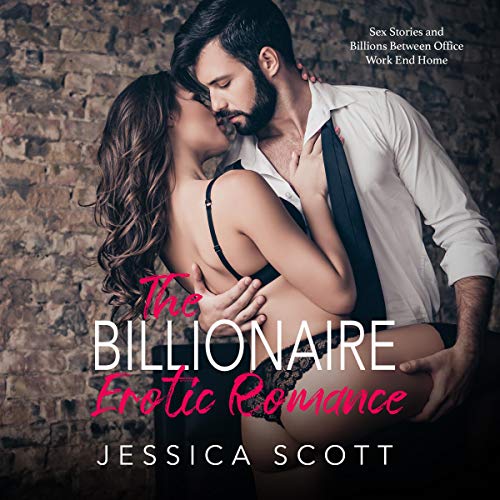 Isabelle and Richard Hughes have been married for over half their lives. Now in their 50s and with Richard making a lot of money running a real estate firm, Isabelle should want for nothing. And that was how she felt until her husband told her how long he would be leaving this time.

He had never left her for three weeks before, and now she would have to figure out what to do with her time - perhaps a charity event would keep her busy. She didn’t expect, however, all the men that she would be around as she prepared for it and just how helpful they wanted to be.

Isabelle is familiar with the modern world, but not familiar enough to know that many younger men are attracted to older women and are not afraid to show that attraction. How will she handle all of them? How will she make sure to keep her new wants hidden from her husband - does she even want to? An adventure through her newfound sexuality awaits in this story.

Imagine bringing enthusiasm and wonder to a less-than-stellar event in your life instead of a cynical, negative point of view. Imagine the possibilities, both energetically and physically, of allowing your selves for outcomes beyond what seems inevitable.

We can experiment with wise innocence. We can choose to see the world and ourselves with fresh, pure eyes in any moment. Who knows what opportunities might open for is if we do. Like a fairytale story this series, really it builds more passion of both feelings of two person in love.

A great book, lighthearted, hilarious while staying factual and reflective of relationships in a technology era! Honestly one of my favourite reads you will laugh aloud!

The performance from Aziz was entertaining, informative and at times I laughed out loud. The level of in depth research was both refreshing and satisfying. I hope he creates further works.

A good listen for singletons or curious couples

A fascinating insight into the social media filled world of why it is so much harder to find love when there is so much choice. A Surprisingly feel good listen.

Audiobook is the only way to read this !

Read like a thesis on modern dating ! His commentary really made it better, although you do miss out on pictures !

Quite simply this won't tell you how to be amazing in the current dating, but it will show you where you are going wrong by putting you in the outside perspective and amusing you along the way.

I have been fascinated over the years with relationships - how they work, how they don't, and how they have developed. This book has research to hold it up, yet still very light for easy reading. I will continue my own research, but i certainly had great fun listening to Aziz.

Well throughout and presented hypothesis

I thought the issues raised in this book are interesting in terms of relationships. It is still quite comforting to know that very ordinary issues within the dating world are just as relevant with the inclusion of technology, in some cases more so. The ending I thought was good as it didn't give a bleak outlook for the future of the dating world but instead asked the reader to be less cavalier about them and take the time respect each of their relationships

gaaah, this was amazing

I kept cracking up. I was familiar with all the research somehow, that was in the book. Talk about obscure knowledge. This is my first book on dating, so this random knowledge must have come from behavioural science books/articles. Nicely put together, loved the fun examples, definitely worth a listen

I really enjoyed Grant’s story. He is the typical rough and tough alpha male but when he finds a woman in need he becomes a huge softie with a big heart. After reading these books one by one as they came out I think I will go back to the beginning and enjoy them all again.

This was my favorite Jocks story. The plot was very exciting and sweet. I loved the way it kept me engaged and moving forward. Ana showed pride and strength and I was happy to see that. Grant, wow if we all had a hero on our side like that and of course, girl dad.. Yay!.

The story was amazing! I love the progression. The complete devotion he shared. So beautiful. She is so strong. I can't wait for the next one

So funny!! Really loved the book, the narrators were brilliant with the book. looking forward towards the next books in the series..Highly recommended

Great story and enjoyed listening to the funny moments. I highly recommend this book x

Ashlen has to make a final decision between the two brothers. And despite all of the fallout her love for Micah is so much stronger. Loved it.

A very good listen that makes this Tempted series breath-taking conclusion one of the hottest books yet from Isabelle and Richard Hughes!

That was incredible! I would read this again starting from Book 1 {in the meantime I’m gonna check out the other books by Jessica Scott}.

Great book that could have been even better

Beautifully written and filled with characters that’ll make you fall in love, Tempted By Their Touch is a steamy romance menage a trios that I would have liked even more if it included a bit of Karl and Micah's perspectives. As it stands 100% of the story is told through the eyes of Ashlyn and what she is thinking (which I feel took away something from the story-telling).

A billionaire romance with a MFM twist.

A billionaire romance with a MFM twist. If like me you love reading about regular women settling down with their HFN/HEA prince then this tempting series is for you!