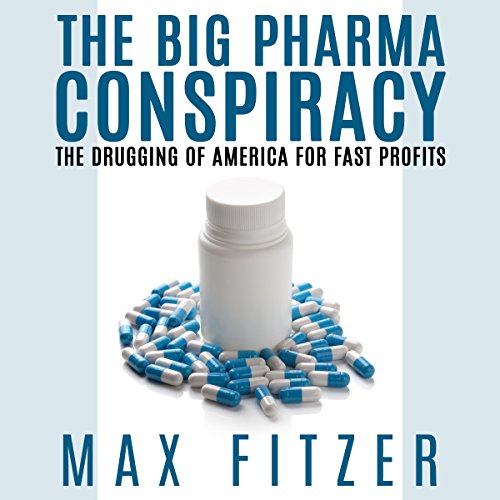 Who is this big bad wolf known as Big Pharma? The name is repeatedly in the news, but do you know exactly who they are? The term is a nickname bestowed upon the massive pharmaceutical companies frequently found on Forbes Fortune 500 list. The connotation of Big Pharma is definitely a negative one. Between the conspiracy theories and the reality of billions these companies earn in profits, it is hard for an average citizen to not feel adversely toward these megalithic beasts.

Before anyone can justifiably get behind the anti-Big Pharma train, it is critical to garner as much knowledge on who they are, what they do, and why. In order to make informed decisions and not just be another sheep following the pack, it is a necessary and responsible measure to understand exactly who the "enemy" is and how they grew into the giants they are today. Why do we use a harsh word like "enemy"; to describe Big Pharma? Simply because they have been drugging Americans and the rest of citizens of the world into a coma in pursuit of big profits. That's right, Big Pharma gets greedier and greedier and their wallets grow fatter and fatter. While the top pharmaceutical companies only represent about four percent of the Fortune 500, the profit they bring in combined is more than the top 10 companies earn combined. The profit margins are wide, and the market share is deep for Big Pharma.

In his audiobook entitled The Big Pharma Conspiracy: The Drugging of America for Fast Profits author Max Fitzer will take you through the history of the largest companies, discussing the impact they have on society, our youth, disease, and the global economy. Not only will you have an extensive understanding of who the players are, but you will also learn how to contribute to the effort to bring them under control.

What listeners say about The Big Pharma Conspiracy

If it had a factual basis.

Would you ever listen to anything by Max Fitzer again?

Not if this is any indication of the quality of his work.

Which character – as performed by Jennifer Howe – was your favorite?

I work in the medical field. I am a strong critic on the pharmaceutical industry. They are greedy and dishonest, but this book does not limit its critique to these problems. This book has many, many inaccuracies. Type 1 diabetes is not at all curable with diet. Type 2 diabetes can be improved and sometimes controlled with diet, but not always. The book mentions homeopathy as a good way to treat disease. This is pure voodoo. There were many other mistakes.

DO NOT buy this audiobook if you want to learn real facts.The book, The Truth About the Drug Companies by Marcia Angell is a much better choice.Dr Angell gives a stern critique of the drug companies which is fact-based.

Would you try another book from Max Fitzer and/or Jennifer Howe?

What was most disappointing about Max Fitzer’s story?

There is a glaring inaccuracy so big that I don't think I can take anything in this book as fact. I am a health care professional with a Type 1 diabetic child. There is NO LIFE STYLE BEHAVIOR or CURE for Type 1 diabetics. "Big Pharma" does not have a PILL and to say it can be cured with changes in lifestyle in a five year old child is not only wrong but cruel to both the child and the parents.I know the pharmaceutical companies do BAD THINGS but to include Type 1 diabetes is too big an error to overlook. Audible should correct this before selling one more copy of this book.

What does Jennifer Howe bring to the story that you wouldn’t experience if you just read the book?

How could I know?

What character would you cut from The Big Pharma Conspiracy?

Yes, there’s plenty to say against big pharma, but this is an unsubstantiated rant. The author discredits “mainstream media” as unethical and unreliable, yet uses as his primary source a single private, unverified website. If you’re looking for facts, look elsewhere.

Big Pharma:Killing Americans for their own profit

I believe it just tells a good story about how big Pharma actually works they are only wanting to make profit on all the drugs and it is true that the FDA helps them to make these profits and there are a lot of drugs that should be taken off the market that are really hurting people. people are dying from drugs being pushed out onto the market to fast before they are fully tested and this should not be allowed.