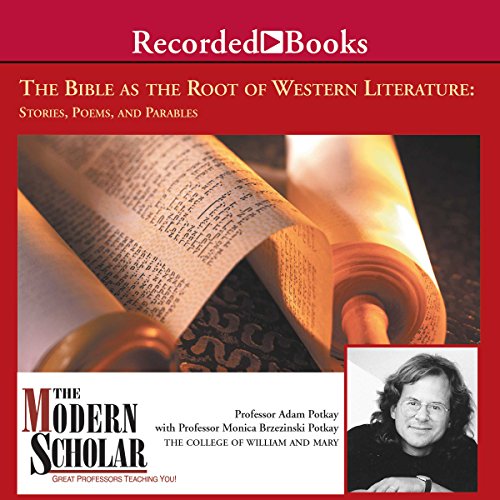 The Bible and the Roots of Western Literature

The goal of this audio course is to provide listeners with a literary and historical overview of the Bible, from its opening in Genesis to its ending in the Book of Revelation, and also with a sense of some of the ways in which the Bible has influenced the literary traditions of the West. We'll be exploring key scenes, stories, forms, and books of the Bible through the methods of literary and cultural analysis.

We'll be asking questions such as: what, in literary terms, might a Biblical story mean? How does its form and style contribute to its meaning? How has the story been read by other readers, from influential theologians of the past (such as St. Augustine and John Calvin) to literary critics of our own day? Finally, in what ways has the story had an impact on the literature, as well as the larger cultural life, of Europe and America? We pay particular attention to the ways in which the Bible has influenced the canon of English and American literature, including Shakespeare, Charlotte Brontë, and Robert Frost.