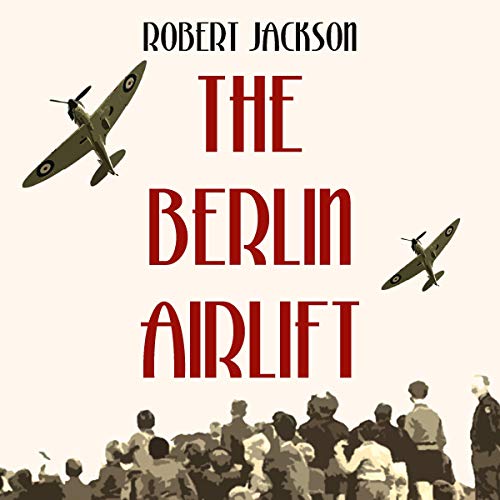 It has been 70 years since the Iron Curtain was drawn around the Western-occupied sectors of Berlin by the Soviet Union.

Having occupied Berlin three years earlier, Russian forces managed to enforce a blockade on the city in June 1948, preventing the Western Allies access by road, rail or canal. Effectively condemning the people of Berlin to starve, Russia refused to lift the blockade until the Deutsche Mark was withdrawn from West Berlin.

Forced to find another way to deliver supplies to the trapped citizens, the Western Allies began one of the most remarkable operations in history: the Berlin Airlift. Bravely flying over the beleaguered city to drop in nearly 13,000 tons of food and fuel every day, the Royal Air Force, the United States Air Force and other nations faced a dangerous mission. In saving thousands of innocent civilians from starvation and death, 70 members of the aircrew gave their own lives - a sacrifice the Berliners have never forgotten.

In this stunning recreation by RAFVR Squadron Leader and veteran author Robert Jackson, the 15 months between the start of the blockade and the fall of the Iron Curtain are recounted with vivid detail.

What listeners say about The Berlin Airlift

could have been so much better

seems like author took most of his material from some historical records and just regurgitated it without much analysis. it was maddening to hear the reader state both the English and metric system for all dimensions and distances. it seemed like they read all the serial numbers for all 150 planes that took part in this airlift. lots of useless information. I also would have liked to hear more about the American side. but I guess I didn't read the introduction well enough to understand that this was really focused on the British side. I'm guessing there are much better books about the Berlin airlift than this one, at least I hope so