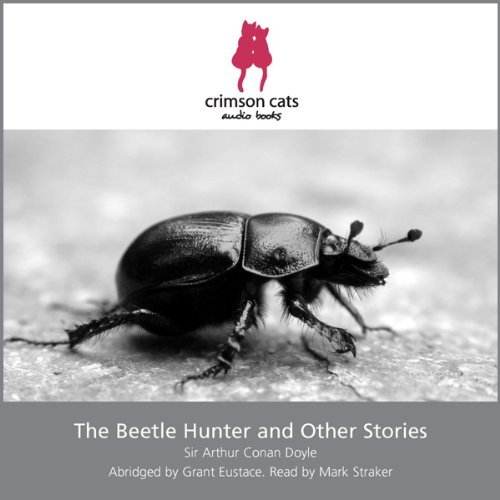 These 4 tales are taken from "Tales of the Camp", "Tales of Mystery" and "Tales of Medical Life". ABRIDGER: Grant Eustace works as a writer in a variety of fields, from film to print, and especially in creating video and DVD programmes for the corporate sector, in both drama and documentary formats, of which he has scripted over 300. But he started professionally by writing plays for BBC Radio 4 and ever since has returned regularly to both radio and audio. Before working on these tales he had dramatised 24 of the Sherlock Holmes short stories for audio publication and originated a tongue-in-cheek radio series, "Second Holmes", about the descendants of Holmes and Watson.

READER: Mark Straker trained at the Central School of Speech and Drama. He has twice been a member of the BBC Radio Drama Company, appearing in over 600 plays, including "The Tempest" with Sir John Gielgud. As a reader he has worked for English Heritage, Historic Arts, the V&A, BBC Poetry Please, RNIB Talking Books and Oxford University Press.

"These four ripping yarns are not Sherlock Holmes stories, but another part of the author's prodigious output, and they bear his distinctive mark. Enjoyment of the stories here is enhanced by the skilful period gusto of the narration." (Rachel Redford, The Oldie Magazine.)

What listeners say about The Beetle Hunter and Other Stories