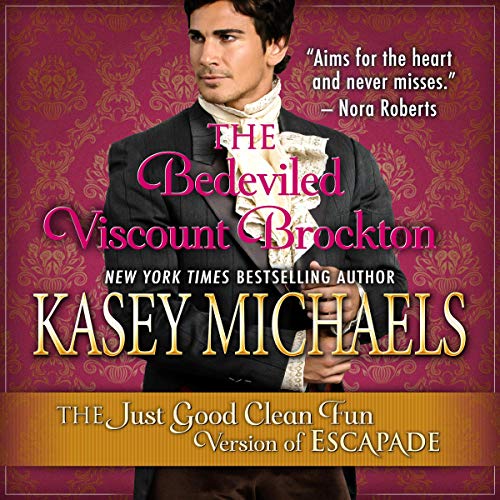 Country born and bred Miss Caledonia Johnston has come to London during the Silly Season, not to dance and flirt, and please her Mama by making an advantageous match.

In fact, her parents don’t even know she’s there, which is probably a good thing, as she’s fibbed her way to Mayfair to Wreak Revenge on a certain Mr. Noel Kinsey (and sees nothing wrong with that because, well, she’s Callie, and she somehow believes she’s rather invincible, with Right on her side).

Enter one Simon Roxbury, Viscount Brockton, surprising himself when he comes to Callie’s aid...which infuriates her, but she’ll find a way around him to complete her “mission.” He seems nice enough, and his mother is a dear thing, so she agrees to be good...especially considering she’d almost shot the man.

Come along as amused friends interfere, simple plans twist themselves into hilarious knots, and True Love (currently hiding in the bushes, hoping to remain safe away from these two mis-matched schemers), takes a few chances of its own.

Funny, Quirky and so lovely

My first outing with this author and narrator. Neither disappointed. I highly recommend for a rainy winters day.

This is a regency whose storyline and characters will stay in your memory. They are developed well and the narration brings the excellent story to life.

This could quite possibly be one of the best books I have listened to, and I have listened to a lot, and I mean a lot!!!! It was great to have a book that had a good storyline and did not center around sex!!! It was very funny and many times I found myself laughing out loud! It was so good that I am going to listen to it again, right now. I also plan to check out the other books written by this author which is a first for me. This book is what a good romance book should be! Bravo!

The Bedeviled Viscount Brockton by Kasey Michaels and narrated by Richard Turner is a delightful romp in England when won and lost fortunes at cards and fell in love with the most amazing women! The story was fast paced with just enough slow spots to let the romance happen.
The narrator was excellent! I loved it when he narrated the butler’s story about what Callie has done to Lester!
I thoroughly enjoyed the book and hope you will too!