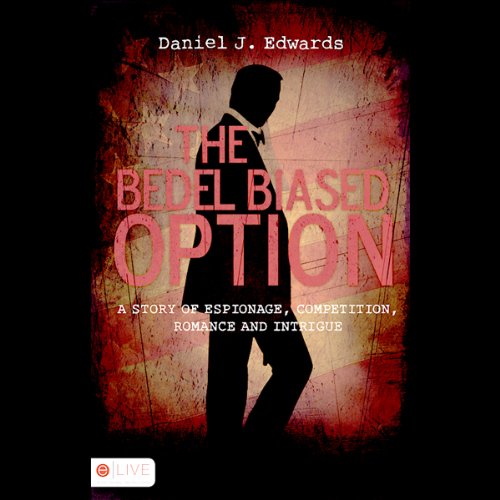 The deception would be complete. As Sid walked to toward his bench he received a conformation from his processors that in 12 hours he had supplied his country with more covert information than the CIA, NSA, and FBI had provided in over 15 years. He had opened a new era in espionage. The era of Sid Bedel had not arrived quietly; the door had been kicked open.

Charlie Adams has something his country needs: His DNA. A covert government agency is developing a classified process which will give the average person superhuman processing and athletic capabilities. In a desperate race with China and Russia to develop this technology, Charlie is asked to assume the identity of Sid Bedel. If Charlie takes the mission he will leave behind his quiet life and be thrust into a world of business, competition, espionage and intrigue which will take the reader on an action packed journey of love and non stop adventure in The Bedel Biased Option.

Man this book is awful!!

Damn!
This is the last time i buy anything for under $13. The story plot is infantile and the reader sounds like a high-school kid reading to a class. Let this be a lesson to all. BUY NOTHING UNDER $13. This guy read over 10 books for audible in 3 to 4 months? Was it worth it?