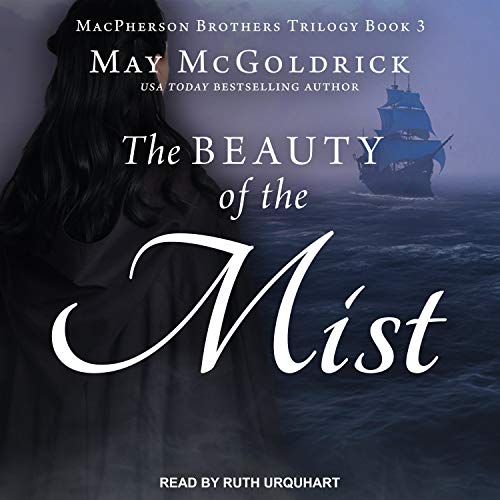 The Beauty of the Mist

By: May McGoldrick
Narrated by: Ruth Urquhart
Try for £0.00

A rugged Highlander sent to retrieve his king's bride finds a mysterious beauty adrift at sea....

Maria had been forced to marry at 17, then was left widowed shortly thereafter. Now, five years later, her brother had chosen another husband for her, sight unseen - the boy king of Scotland. Maria, who had never known passion or love, refused to submit, vowing to flee to freedom. But the ship she chose went down in the gathering fog, leaving the dark-haired beauty at the mercy of wind and tide, and headed for a shattering destiny.

For it was none other than Highland chief John Macpherson, journeying to bring home his young king's bride, who rescued the beautiful Maria adrift at sea. Almost from the moment they met, an attraction ignited between them. Maria savored these few stolen days, aware their love could never last once her proud Highlander discovered her true identity.

Maria knew that while following her heart might free her, it would forfeit her beloved's life.

What listeners say about The Beauty of the Mist

I loved the story. Beautiful, poig -ant heroine pulls your heart- strings. Strong honorable hero you can't help but Root for. Secondary characters are also strong and heart warming.
Good narration adds to the overall enjoyment. worth the time, effort and money