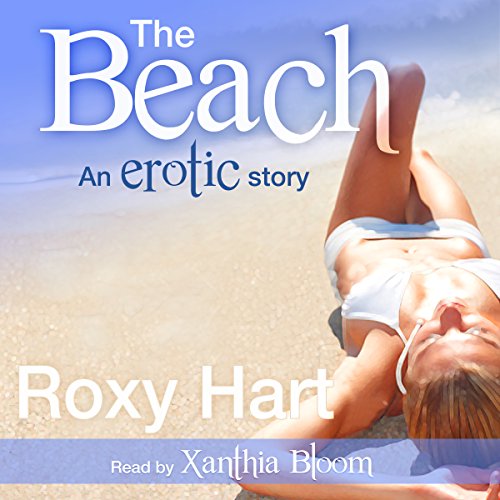 A young woman escapes to an exotic island resort in an attempt to forget her cheating ex, and finds herself enthralled by a mysterious stranger on the beach. Her imagination runs wild with thoughts of lustful escapades. Will her fantasies become reality?

What listeners say about The Beach

Favorite character was the teller of the story, the author, the protagonist.

Such a wonderful trip to the beach. Nice story, short and sweet. The narration was good as well.

It's short, but doesn't hold back on the steamy. It's got love, sex, mystery, and a happy ending.

Despite saying everyone else's name as well as giving some people nicknames, you never find out what the heroine's name is. It doesn't seem to dampen the story, because I wasn't even aware of this until I went to write this review! I search through the whole e-book and not one time is her actual name used. I don't think I have ever had that happen in a book before. So for the sake of this review, I am going to name her Vacation Girl.

So, Vacation Girl is on an island get away trip trying to forget her ex who cheated on her. She see one of the locals on her first day, whom she names Coconut Man because he travels around selling, you guessed it, coconuts as well as other fresh fruits and juices. She has lusted over him despite having various wealthy men thrust at her by her best friend Dana, who is sounds like she is looking for her own man more than one for Vacation Girl.

This audiobook is narrated by Xanthia Bloom. She does an excellent job as always. There are not that many talking characters in this story, as most of the interactions are in Vacation Girl's head.

Overall I give this 5 of 5 stars, and would recommend this to anyone that wants a steamy short listen with a happy ending. It's a good book for in-between some of your more serious stories.

Ebook obtained through Amazon Unlimited.
Audiobook was given to me for free at my request in exchange for an unbiased review.
More Reviews @ GoodReads Id: AudiobookRomance

This one is a winner!

So... all of Roxy's stories are great, but this one took it to another level, I just loved the ending, OMG, talk about fab!

It was hot, sexy, and oh so sweet with a wonderful helping of romance.

Xanthia did a great job with the narration, good character voices and a great flow.

What made the experience of listening to The Beach the most enjoyable?

What was one of the most memorable moments of The Beach?

The way she woke up on the beach

Which character – as performed by Xanthia Bloom – was your favorite?

The protagonist was sure the best of them

No cry or laughing in a book like this, hot and bothered would be the more accurate feelings

What made the experience of listening to The Beach the most enjoyable?

The narrator bring such a great life to the characters.

The beach by Roxy Hart was a good quick read. A woman escapes to an island to forget her cheating ex, when a mysterious stranger crosses her path. I enjoyed reading this. Xanthia Bloom did a great job bringing life to the characters.