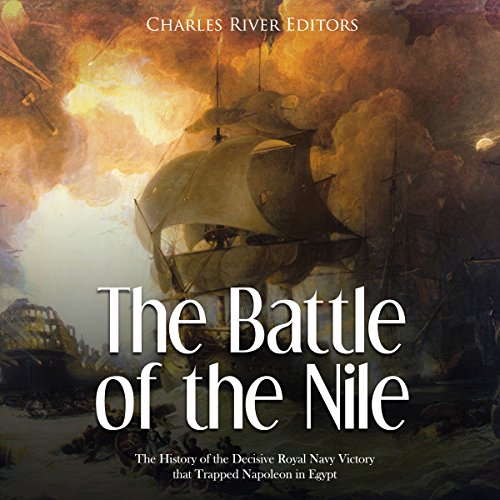 The Battle of the Nile

Before Trafalgar, Admiral Horatio Nelson had already earned enduring fame for the British victory at the Battle of the Nile. In 1798, he was given command of a small squadron and sent ahead to Gibraltar, and eventually given instructions to hunt down and destroy Napoleon’s fleet.

An initial review of France’s naval forces had led Napoleon to conclude his navy could not hope to outfight the power of the Royal Navy, which had been the dominant naval power for centuries, so he was forced to look elsewhere. After months of planning, Napoleon crafted a scheme to attack and conquer Egypt, denying the British easy access to their colonies in India, with the ultimate goal of linking up with the Sultan Tipoo in India itself and defeating the British in the field there.

Napoleon sailed with Admiral Brueys and 30,000 troops that June, heading for Egypt. Notionally part of the Ottoman Empire, Egypt was de facto a weak independent regime run by the breakaway Mamelukes. For France, it offered an overland route to India and a chance to beat Britain at its own game via economic strangulation.

Nelson, however, could only speculate at French intentions. Whatever the destination of the French fleet, he sought a battle of annihilation, the culmination of all he had learned as an officer and admiral. Only by those means could Britain secure the Mediterranean and neutralize the threat of a French army operating overseas. His understanding was icily accurate.

What listeners say about The Battle of the Nile

most meh on audible?

Needed someone to correct the narrator and convince the author to write something new and interesting.