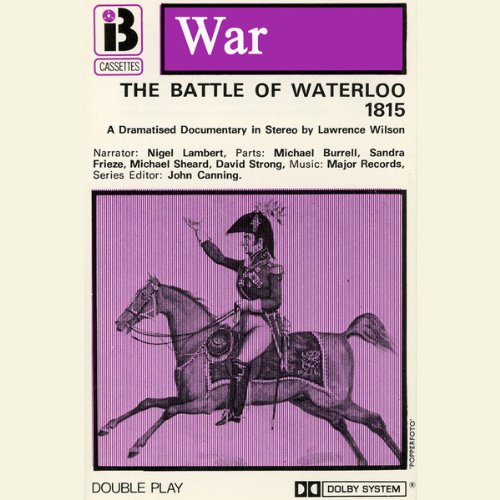 The Battle of Waterloo (Dramatised)

The Battle of Waterloo (Dramatised)

Returning from Waterloo, the Duke of Wellington described his tortuous victory as "the nearest-run thing you ever saw in your life". Waterloo provided a breathtaking coda to the resurgent Napoleonic Empire and heralded the onset of British hegemony. Moreover, the battle remains a testament to the speed and chance with which history unfolds - Wellington, attending a royal ball when he learned of Napoleon’s advance, may well have lost had the Prussian military not shown up at the last possible minute to assist his beleaguered army reserves. This retrospective delivers primary-source reenactments from a star-studded cast. Nigel Lambert oversees the proceedings with silky-tongued eloquence. Michael Sheard imbues the French emperor with relentless confidence, while Michael Burrell brims with "by Jove!" incredulity as the defiant Wellington.

It was the final and conclusive battle of the Napoleonic Wars, after Bonaparte returned from exile in Elba. This was the Duke of Wellington's famous victory, "a damned close thing". It is presented here in all its fury, excitement, and triumph.
©1981 Lawrence Wilson (P)1981 Ivan and Inge Berg